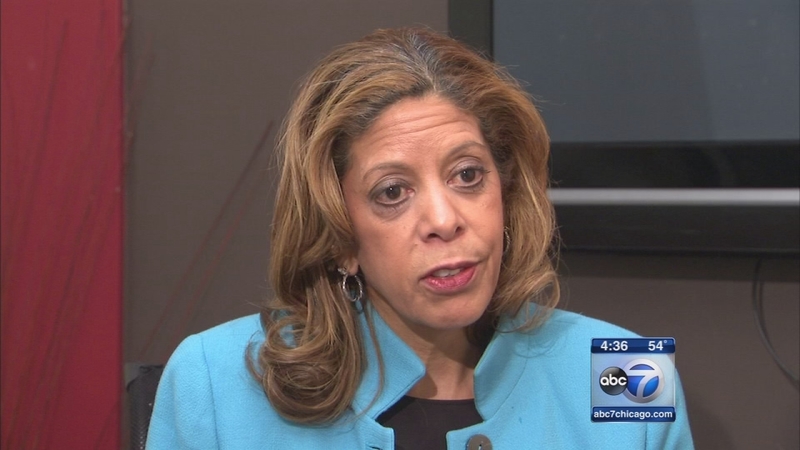 CHICAGO (WLS) -- She is not a household name in Illinois politics, but Andrea Zopp is a former prosecutor, corporate lawyer and Chicago Urban League president who is running for U.S. Senate. She is also a former member of the Chicago School Board.

Zopp is trying to put as much distance as possible between herself and Barbara Byrd-Bennett, the disgraced former Chicago Public Schools CEO pleaded guilty this week to a kickback scheme with SUPES Academy, a former Byrd-Bennett employer. She insists her campaign has not lost any momentum.

"She actively worked to deceive us to line her own pockets," Zopp says. When reminded she knew Byrd-Bennett worked at SUPES, Zopp remains firm. "We knew SUPES was a former employer. Lots of us have former employers with whom which we do not engage in criminal schemes to defraud."

Northwest suburban congresswoman Tammy Duckworth, another Democratic primary candidate, has raised over three times as much money as Zopp.

But Zopp, who advertised on cable television this week, says she can appeal to a more diverse base of Democrats including the party's huge African American vote.

Her campaign suspects Duckworth will use the Byrd-bennet case in political ads. But Zopp says despite the scandal, during her tenure at CPS the district improved.

"I went on the school board because I care about making sure that every child has access to that education that they need and we made progress on that goal," she says.

A spokesperson for Rep. Duckworth says the campaign will have no comment on Zopp's tenure at CPS.