Angelina Jolie lends voice to 'The One and Only Ivan': true story of gorilla who could draw 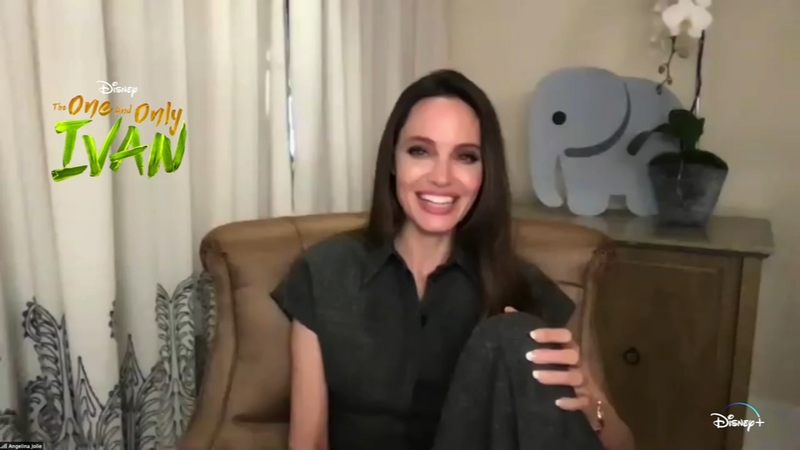 Angelina Jolie lends voice to 'The One and Only Ivan,' true story of gorilla who could draw

CHICAGO (WLS) -- Angelina Jolie is one of the stars lending her voice to "The One and Only Ivan," a movie out this week telling the true story of a beloved gorilla who could draw.

The story follows Ivan the gorilla, captured from the jungle and put into a show at a suburban shopping mall. He finally discovers the truth about his life in captivity.

Jolie plays his friend Stella, a wise old elephant. She is also one of the producers on the film.

"I almost think the animals, we have more to learn from them and their natural instincts," Jolie said. "Humans, aren't we the most dangerous, don't we kill the most, don't we take what we don't need?"

Stella nurtures a baby elephant torn from her family. Jolie could relate to that bond, being a mother of six herself, and having lost her own beloved mother.

"My mom passed away years ago, and I remember her last years," she said. "Everything was about making sure those around her were going to be OK, helping set them down a path and hoping that their life would be better than hers. I think that we all - mothers, fathers, adults - we get to that moment in life where we're just full of generosity of thought and spirit."

She said the movie gets to the core of not judging people superficially, and finding the strength to express your inner self.