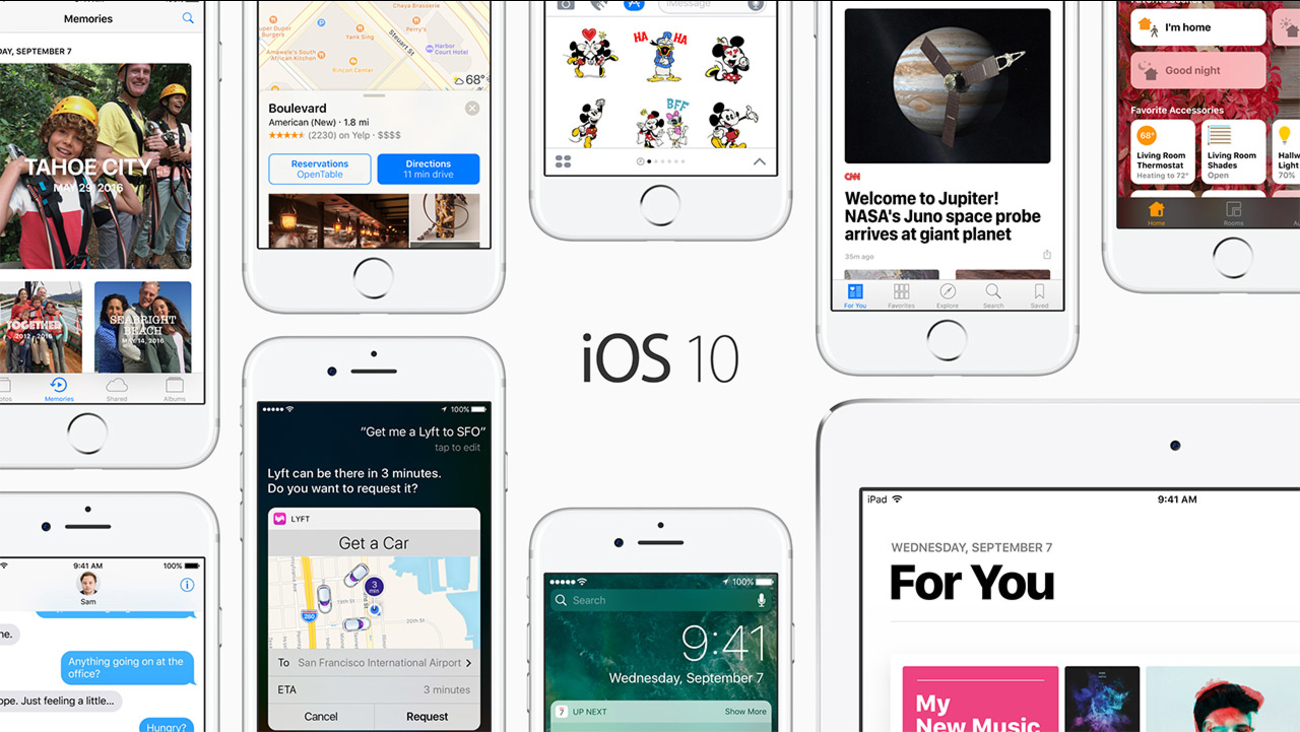 Apple's iOS 10 is now available for iPhone and iPad. Apple has added key features and updates to several of their apps. Here is a look at the biggest changes from the software update.

Text can now be replaced with emojis and users can send hidden messages with "invisible ink."

Apple has also added gif libraries, more emojis and the ability to replace words with emojis when texting. Another feature called "invisible ink" allows users to send messages that are hidden until the recipient swipes to reveal it.

Use Siri with third-party apps

Apple's voice command assistant will now work with some third-party apps outside of Apple's apps. Users can now use Siri to get a ride through ride hailing services and send messages through third party messaging apps.

Apple Maps has been updated with new features.

Apple Maps has added panning and zooming capabilities and has made it easier to find points of interest along your route with its Nearby functionality.

Memories has been added to the Photos app.

The Photos app has added "Memories" which organize your photos based on trips, people and topics. The albums can be created automatically by the app and by the user. The app will also create a slideshow video with music for each album.
Related topics:
technologyiphoneipadapplecellphone
More Videos
From CNN Newsource affiliates
TOP STORIES