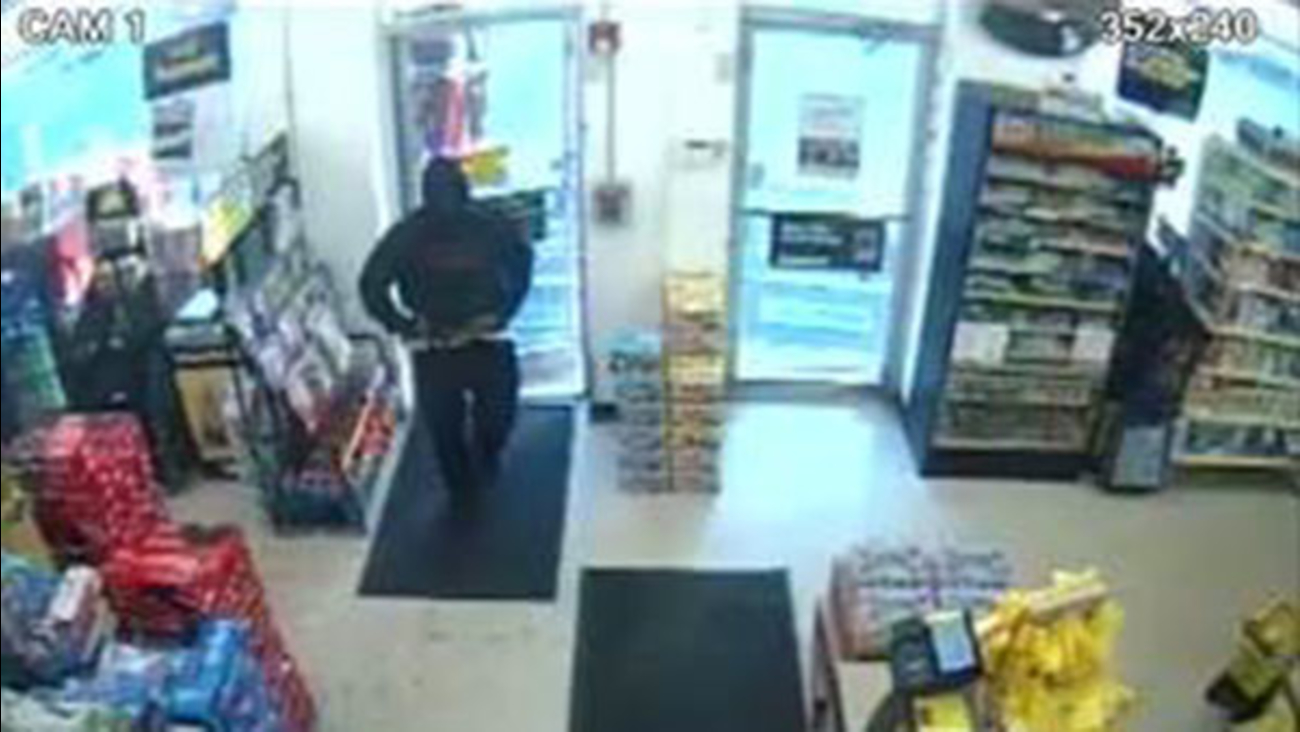 Surveillance image of a suspect in an armed robbery in Waukegan. (Waukegan police)

The first robbery occurred at 8:10 p.m. at a dollar store in the 2200 block of N. Lewis Avenue. The clerk told police that two men, one wearing a wig and the other with a sweatshirt tied up to conceal his face, stole cash from the store.

Police have released surveillance images from the store robbery. Both suspects fled on foot.

Surveillance image of a suspect in an armed robbery in Waukegan.

The second robbery occurred at 11:21 p.m. in the 1000 block of 9th Street. Two victims had their cash and personal property taken from them by two robbers, described by the victims as in their late teens. Both victims suffered minor injuries and the robbers fled on foot.

Police do not know if the robberies are connected and are investigating them as separate incidents.