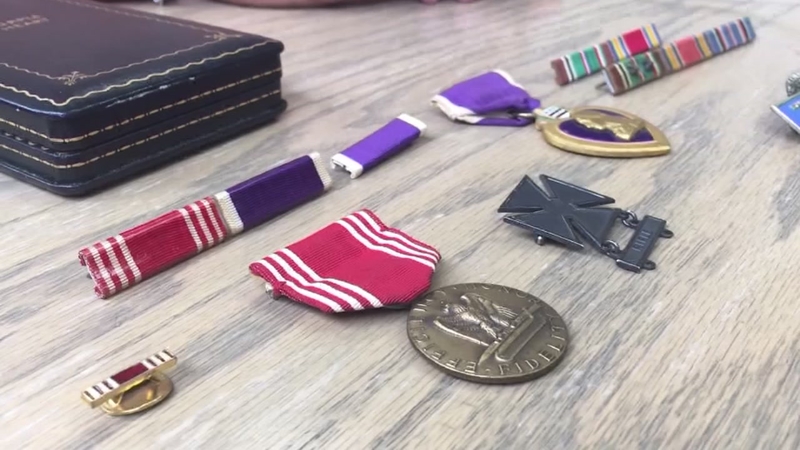 MIDLAND, Texas -- An Army veteran in Midland is on a search for the rightful owner of a Purple Heart award that was found in a dumpster.

"Somebody worked hard for this," Gary Kennedy told CNN affiliate KWES. "This is just disgusting."

Kennedy received a call from the Midland VFW about a Purple Heart and other medals that were found in a dumpster.

"You only receive a Purple Heart for each time you were shot," Kennedy said. "If you did get shot it means you were in harms way and you were shot by the enemy."

Now the search is on for Jim C. Carter, the World War II veteran who served in the Army and whose name is printed on the medals.

"We just need the missing piece to the puzzle," Kennedy said.

It's unclear who discarded the medals and why. Kennedy has reached out to several organizations and possible families to whom the medals might go home to.