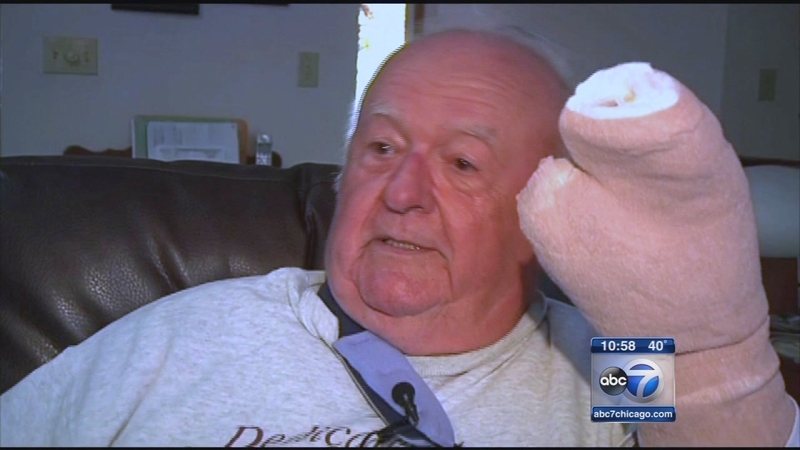 MORTON, Ill. (WLS) -- James Vernon, 75, an Army veteran, fought off a knife-wielding man who tried to attack a group of children in a library Tuesday in Morton, just outside of Peoria.

It was a Tuesday afternoon when Vernon was teaching chess to a group of 16 children at the Morton Public Library when a man wielding two knives burst into the room where they were assembled.

"He flung the door open and yelled, 'I'm going to kill somebody,'" Vernon says.

Vernon put himself between the man and the door, and tried to diffuse the situation while the children escaped.

"I said 'Settle down, relax a little a little bit. I'll listen to you, while these kids get out of the room,'" he says.

The children got out safely, but that's when 19-year-old Dustin Brown came at Vernon with the knives.

"I didn't have any weapons except [my hands], so I grabbed him and threw a knee at him and my weight pushed him back," he says.

Vernon suffered two slashed arteries in his hand and damaged a tendon in his finger. He had surgery to repair the tendon and arteries and is recovering at home. He credits the knife training he received about 50 years ago with being able to subdue his attacker.

"I'll not use the word hero on myself," he says, "but I did something that required some courage."

Dustin Brown, who was awaiting trial on child pornography charges, is now also charged with attempted murder, armed violence and aggravated battery. He is being held on an $800,000 bond.