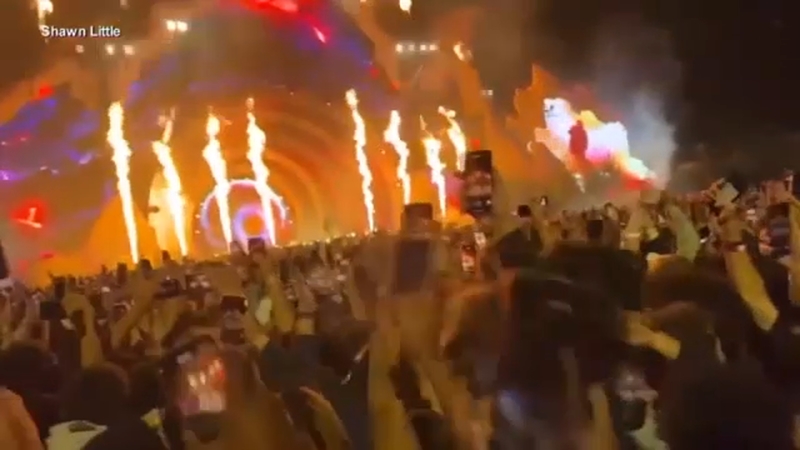 CHICAGO (WLS) -- A young woman from Chicago who attended Travis Scott's Astroworld concert in Houston described the chaos she witnessed after the concert turned deadly.

Kennedy Caldwell was excited to return to Astroworld. The 18-year old went there in 2019 with her cousin who lives in Houston. But she says this time, something seemed off.

"When I got there, there was a lot of police and SWAT teams and police on horses asking to see wrist bands," Caldwell said.

READ MORE | Why did the show go on? Astroworld timeline looks at when officials knew something was wrong

Caldwell and her cousin arrived at the festival a few hours after it started, and said the crowd was getting hard to control.

"The crowd was definitely very excited and very rowdy and every time he would drop a song, everyone was getting excited, breaking out mosh pits," she said.

The Whitney Young High School senior and her cousin got separated at the concert, but eventually found each other when it was over. They were unaware that chaos at the concert had left eight people dead and dozens more injured. Caldwell's mother picked them up.

"As soon as I sat down in the car, I said, 'This is too much. There's something going on,'" Caldwell recalled.

"She said Travis had to keep stopping the concert telling people to chill out. The ambulance came through, people were jumping on top on it," said Demika Caldwell, her mother.

RELATED | Astroworld victims: What we know about 8 killed during Travis Scott concert

They planned to go back for the second day of the concert but woke up to news of the deaths. They were devastated.

"There needs to be way more security," Kennedy Caldwell said.

Although Caldwell has been to several festivals, her mother said she will think twice before letting her go again and hopes lessons can be learned from this tragedy.