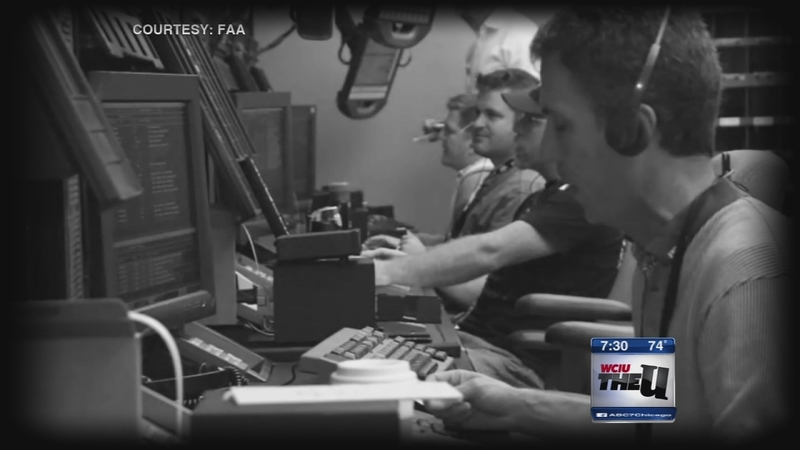 AURORA, Ill. (WLS) -- It has been one year since FAA contractor Brian Howard set fire to an air traffic control center in Aurora, Ill., snarling air travel for more than two weeks.

The FAA promised quick fixes but many are easier said than done.

Early on the FAA viewed its response to the sabotage as a success because there were no incidents or accidents. But frequent flyers felt differently as delays spread from days to weeks.

"Attention all aircraft on 121.5: If you can hear this, this is Chicago Center. We are evacuating the building due to a fire. If you need any assistance just try to contact a nearest FAA approach facility."

Radar was down as well as some communication. Controllers couldn't see planes and didn't know if pilots could hear them.

Hundreds of flights were immediately grounded. Delays stretched over 17 days thanks to what was essentially a huge blind-spot over half-a-dozen Midwest states.

Flight plans were being hand-written and faxed between control centers.

"The current back-up plan for the agency is to get everyone on the ground safely and everyone to their destination safely," said FAA Administrator Michael Huerta on Oct. 3, 2014. It has never been so that every airline can run 100-percent of their operation.

In a report the FAA admitted it must do better. The agency promised to "within 12 months... reduce its response to major facility outage from days to hours."

Monday, a spokesperson refused to say whether that goal has been met.

Howard had the access and expertise to take this facility off-line, crippling air travel for weeks. Politicians wondered why it was so easy.

After a year the FAA will only say, "new practices and policies have strengthened our security posture while also enabling us to quickly share surveillance, communications and weather information with other facilities in the event of an outage."

In the wake of the Aurora air traffic control fire the FAA also vowed to enhance contingency planning. They're proceeding with the decade-long roll-out of "Next Gen," which will give the air traffic control system far more flexibility. But like anything else in Washington, improvement is tied to money and the FAA administrator has said many of the improvements that should be made, won't happen with additional funding.