Auschwitz survivor and great-grandson teach TikTok about realities of Holocaust 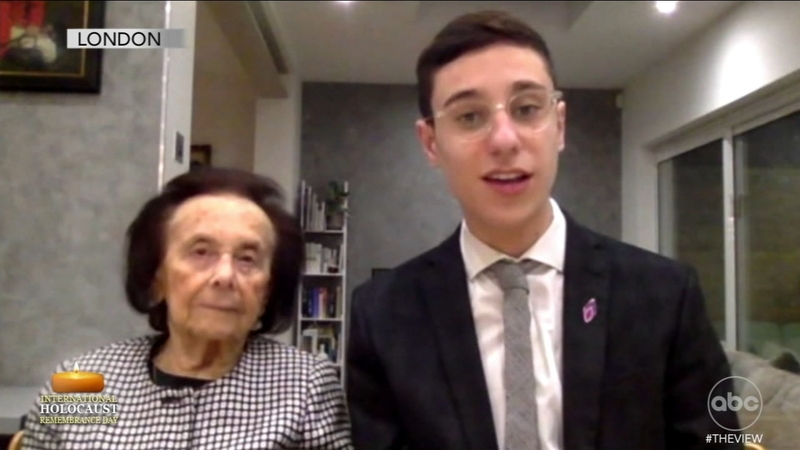 NEW YORK -- With three children, 10 grandchildren and 35 great-grandchildren, Holocaust survivor Lily Ebert is proof that the Nazis did not win.

For decades, it was difficult for Ebert, 98, to discuss the details of the horrifying nightmare she endured in Auschwitz concentration camp, but an 80-year difference between her and great-grandson, Dov Forman, helped bridge the trauma she'd held onto for generations.

My 98 year old great grandmother Lily Ebert, an Auschwitz survivor, has just become a great-grandma for the 35th time!

“I never expected to survive Auschwitz and start a family. Babies are the best revenge against the Nazis.”

They realized that by sharing Ebert's stories, they are not only helping heal her pain, but also educating younger generations on the tragic genocide that occurred so history doesn't repeat itself. Together, they've become a TikTok sensation, with over 1 million followers. The duo answers users' questions, shares messages of hope and combats antisemitism.

Tonight, on #YomHaShoah my great Grandmother, Lily Ebert BEM (97-year-old Auschwitz survivor) and I, light a candle to remember all those who perished during the Holocaust under Nazi persecution.@YellowCandleUK #NeverForget #YellowCandle pic.twitter.com/gTNPwr2Kqd

Antisemitism, which has been rising in the U.S. in recent years, surged in May, in the deadly 11-day war between Israel and the Palestinian militant group Hamas, advocates say.

Forman reacted to the recent act of antisemitism during an appearance on "The View" on Jan. 15 when a British citizen interrupted Shabbat services at a Texas synagogue claiming to have planted bombs and taking a Rabbi and three others hostage.

"What's really saddening for me and for many other Jewish, young people across the world is that the antisemitism did not go away with the Holocaust. Unfortunately, antisemitism is on the rise throughout the world," he said. "There was a recent study that found that over half of teenagers in the UK and in America do not even know what the Holocaust or Auschwitz was, and that's why it's so important for us to go on social media and educate about these important stories." 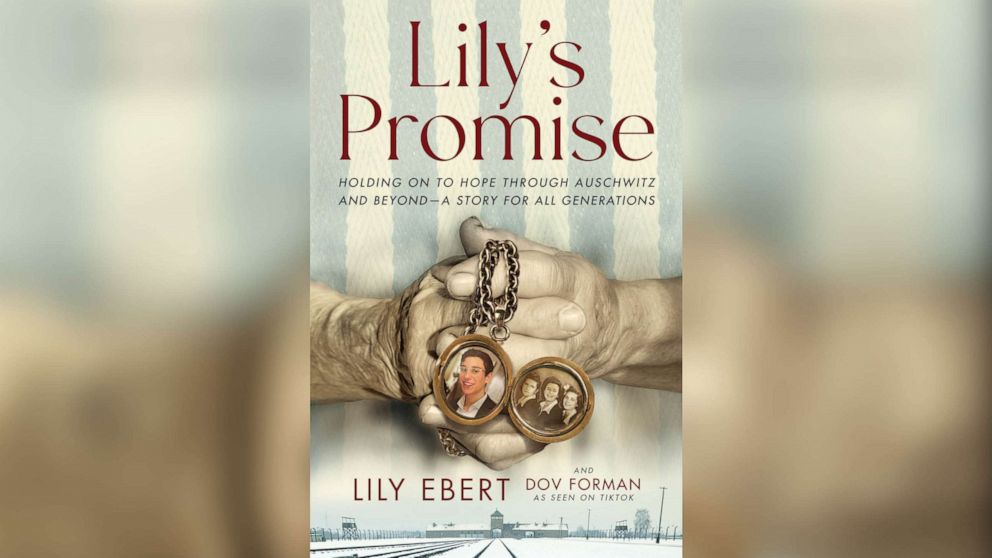 The two also co-wrote the intergenerational memoir, "Lily's Promise." In honor of International Holocaust Remembrance Day, Ebert and Forman joined "The View" to announce the bestselling book's release in America, which includes a foreword from Prince Charles.

While writing the book amidst the pandemic, Ebert, unfortunately, contracted COVID-19. "We unfortunately as a family thought that she would die and we thought we would never see her again," Forman told "The View" co-hosts Whoopi Goldberg, Sara Haines and Sunny Hostin.

Today she went on her first walk in a month after making a miraculous recovery.

"I remember specifically one moment when we were halfway through writing the book and I went to show her the first half and I said to her -- we call her savta because that's grandmother in Hebrew -- and I said to her, 'Savta, this is the first half of the book. What do you think about it?'" Noting that she "really couldn't talk" during that stage of recovery, Ebert "got up a bit from her bed and she said, 'Wow. I've got to finish. I've got to get better. We've got to finish this book.'"

"That sums her up as a person. She's a fighter and a survivor," Forman continued. "Our family, we learn from her. We held onto hope and we thought that things would get better and we were sure that she would fight. She did, and she survived."

It was also during the pandemic that Forman decided to create a TikTok page for his great-grandmother to recount her experience during the Holocaust. "As the years have gone by, she's realized the urgency to share these stories with the younger generation," he said.

"From a very young age," Forman said he would ask "as many questions as possible" about her life before, during and after the Holocaust. "That's maybe why it was easier for her to share her stories with me."

I asked her if she remembers the transport.

She told me, ‘I can still see my little sister clinging to my mother - we had no idea what was ahead of us.’

This was, like millions of other European Jews, one of the last memories she would ever have of her family, together. pic.twitter.com/ZzNTzvirgA

In her memoir, Ebert writes that she "didn't even know evil existed" growing up sheltered in her hometown of Bonyhád, Hungary until she -- along with her mother, three sisters and younger brother -- were deported to Auschwitz-Birkenau in July 1944. Lily's mother, brother and sister, Berta, were immediately gassed and murdered.

Ebert, then 20 years old, and her sisters, Renee and Piri, spent four months in Auschwitz-Birkenau camp, which she described on TikTok as "hell," before being transferred by train with 500 other women to a munitions factory at the Altenburg sub-camp, Buchenwald. In the midst of a Nazi death march in April 1945, Schutzstaffel guards unexpectedly abandoned the inmates and the United States Army appeared minutes later.

Ebert and her sisters moved to a displaced persons camp in Buchenwald under U.S. control, eerily sleeping in houses formerly occupied by SS guards. After learning that a Swiss government initiative called to house hundreds of Jewish children, Lily resourcefully changed the age on her identity card so she would meet the minimum age criteria.

She began by reading the last of the 12 pages.

‘Not everything that is beaten and downtrodden is destroyed. From fire and beating iron becomes steel - it is stronger and reinforced - so we survivors have emerged to make new lives for ourselves despite being in the hell.’ pic.twitter.com/VcqFNB1s2W

The three sisters began rebuilding their lives together in Switzerland and even reunited with her oldest brother, Imi, in 1953, who also survived the Nazi camp system. In 1946, the sisters emigrated to Palestine and Lily met her future husband, Shmuel. The two married in 1948, 12 days after Israel declared independence.

The couple had three children together and eventually settled in London in 1967.

For most of Ebert's life, discussing what she went through in WWII was taboo. She rarely spoke about it with her husband and protected her children from knowing of the horrors she endured. When Shmuel died in the mid-1980s, she finally began to confront the grim tragedies in her life.

Today, the start of the 3 weeks mourning in Judaism, is the 76th anniversary of when my great Grandma arrived at #Auschwitz.

‘I arrived at the gates of hell. A place out of this world, I can’t describe the indescribable’.

Her Mother, brother + sister were murdered on arrival. pic.twitter.com/s007x6vRUm

In 1988, Ebert joined a group visiting Auschwitz and agreed to speak about her experience. It proved to be the key to the start of her sharing the trauma she suffered and witnessed. She told "The View" that the visit was the proudest moment of her life.

"I went in when I wanted to. We went in, not taken in," Ebert said. "I told them I came out from this place, and not alone."

"The Jewish people carry on to lead, and you cannot finish us out," she added.

From speaking in classrooms to visiting British houses of parliament, Ebert has shared her powerful journey from horror to hope with the masses. "To talk about this story, it is not a story for us... I went through it. I am for this story a witness," she told "The View."

"Maybe, people understand that way much better when you hear from a survivor what really happened," she added.

On Monday, Ebert cemented her place in history as she and Forman traveled to Buckingham Palace to see her commissioned portrait reveal with Prince Charles and Duchess Camilla. "Only this week, we were able to go to Buckingham Palace, and I don't think my grandmother would ever imagined that something like that would have happened to her," Forman said.