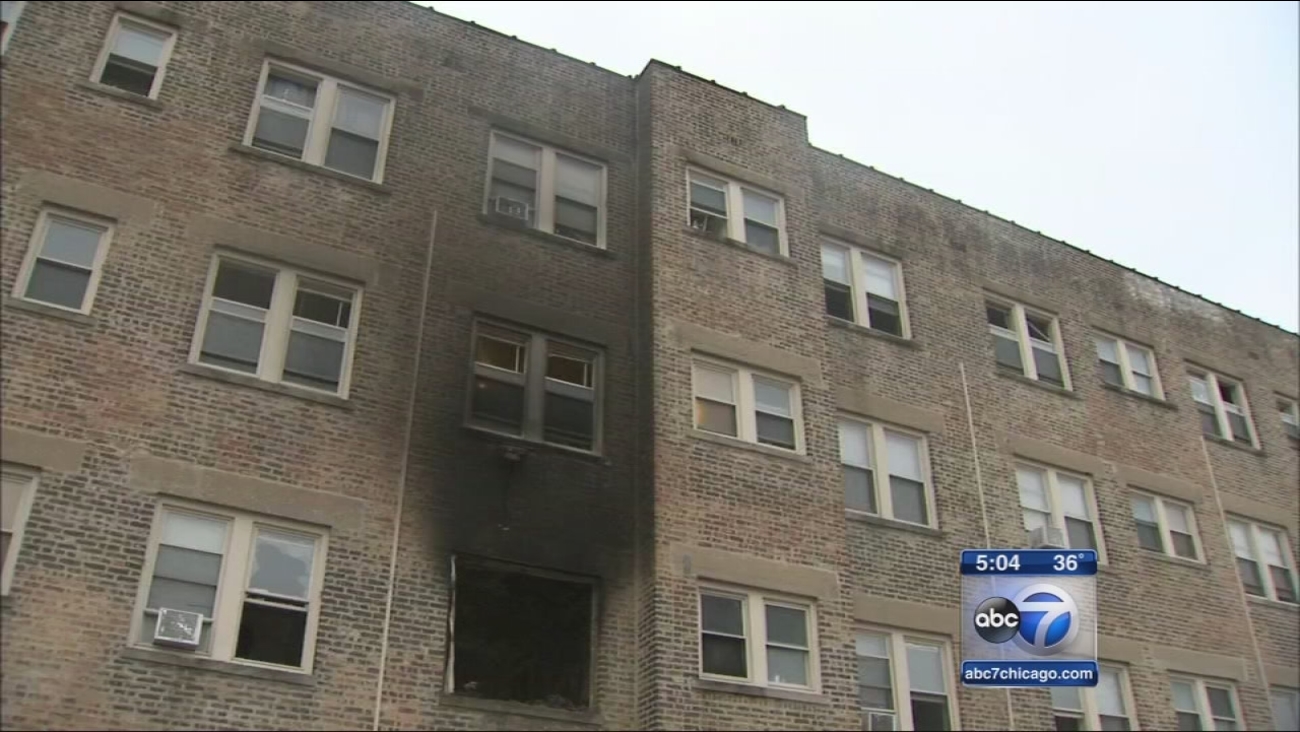 Neighbors said that the man who died used a wheelchair. (WLS)

CHICAGO (WLS) -- A man was killed and two Chicago firefighter were injured in an apartment building fire in Chicago's Austin neighborhood, officials said.

The fire broke out just after 10 p.m. Friday in the 300-block of North Central Avenue, according to the Chicago Fire Department.

The man who died used a wheelchair, neighbors said. He was a longtime resident of the building.

The victim's identity was not released Saturday, pending family notification.

The cause of the fire has yet to be determined, investigators said.

However, city officials confirmed that the building had failed an inspection in February, over code violations related to the elevator.

One of the injured firefighters fell down a 20-foot elevator shaft and was taken to Mount Sinai Hospital in critical condition. Fire officials said Saturday that both firefighters are doing well and have been released from the hospital.

In December, a Chicago firefighter Dan Capuano died when he fell down an elevator shaft while battling a warehouse fire on the South Side.

The city has boarded up the building's elevator shaft and is looking at taking legal action against the landlord, an official said.

The fire was contained to one apartment and was put out by 11 p.m.

"I seen a lot of flames coming out the second floor window," said resident Armand Coleman. "A lot of flames and a whole bunch of smoke coming through the hallway."