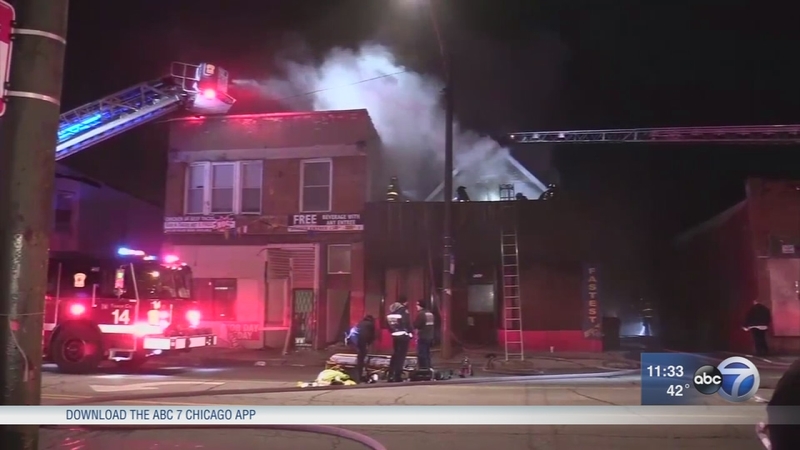 CHICAGO (WLS) -- A woman was killed and two others, including a Chicago firefighter, were injured after a fire in the Austin neighborhood Friday morning.

Firefighters said a residential building in the 5200-block of West Chicago Avenue was fully engulfed in flames on the first and second floors when they arrived, fire officials said.

Firefighters believe the fire may have started on the first floor in the back of the building.

"There were several rooms there and there was a lot of personal effects inside that made it difficult for us to get around, plus there was significant volume of fire," said Chicago Fire Deputy District Chief Jack Nagle.

As firefighters were working to see if everyone got out, they found one man unconscious. He was taken the hospital and is now in critical condition.

Firefighters also found a woman on the second floor and she was pronounced dead at the scene. Authorities have not released her identity.

"She had a wonderful heart. You could see the kindness in her eyes, especially if you were a spiritual person and you could feel the warmness when you come around her because she made everyone feel welcome," said building resident Victor Bunville.

Bunville said he knew her as "Grandma," a woman who was kind to all residents in the building.

A firefighter also suffered a back injury, but is expected to be ok.

Bunville was just getting home when he saw his building was on fire.

"I was walking, me and my friend Ryan, and he was like, 'Man, that's your building on fire?' I looked and saw flames shooting out the roof and I was like, 'Oh my God,'" he said.

It took firefighters nearly an hour to put it out and later a small flareup spread to the building next door. Firefighters said there were no working smoke detectors inside.