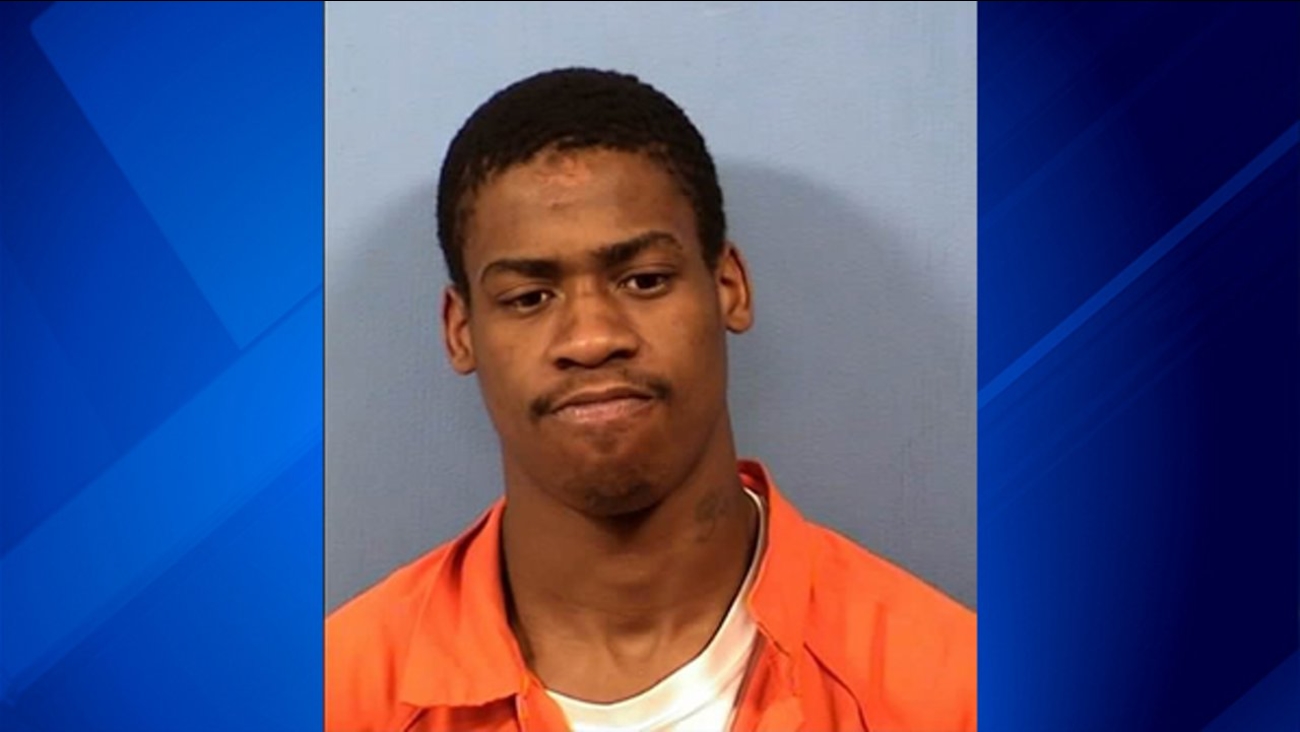 WHEATON, Ill. (WLS) -- Bail has been set for the man who allegedly carjacked a 68-year-old woman in an Oak Brook Mall parking garage last Wednesday.

The DuPage County State's Attorney's office has charged 26-year-old Darnell Anderson of the 4800 block of West Monroe in Chicago, with aggravated vehicular hijacking with a gun and armed robbery. Judge Michael Wolfe set bond at $1 million.

Police said at about 9:36 a.m. Wednesday, a 68-year-old woman was getting ready for work in her car, which was parked in the mall's yellow parking garage. The woman said a white Toyota Camry parked behind her car and a man came out, opened her car door, pointed a gun at her and demanded she get out of the car.

The Toyota had been reported as stolen from Maywood on March 21.

"He ran after and grabbed her purse from her and then got back in the vehicle and sped away in her vehicle, along with the vehicle they traveled in," said Chief James Kruger, Oak Brook Police.

One suspect then drove off in the Honda while a second drove away in the Toyota, authorities said.

Paul Darrah, a spokesman for the state's attorney's office, said it was still under investigation which role Anderson played in the carjacking, and charges have not yet been filed against a second suspect.

Anderson's next court date was scheduled for April 23, according to DuPage County Sheriff's Office records.

"The very idea that someone would rob an innocent woman of her car and purse at a popular, well-traveled shopping mall is outrageous," DuPage County State's Attorney Robert Berlin said in the statement. "The allegations that Mr. Anderson did just that will be met with the full force of the law."

The Toyota used in the carjacking was spotted about 5:45 p.m. that day on I-290 near Central Avenue, according to Illinois State Police. One adult and three juveniles were arrested after it sped away from troopers trying to pull it over and crashed on the ramp to Ashland.

That Toyota Camry was allegedly carjacked from a woman in Maywood on March 21.

ABC7 Eyewitness News spoke to the victim of the Maywood carjacking, who did not want to be identified. She said that on March 21 she was returning home with her aunt around midnight after a family outing when the two men approached the car and forced them out at gunpoint. They then took off in her vehicle.

After the Toyota crashed on I-290 last Wednesday, three juveniles and one adult were taken into custody. Maywood police charged 18-year-old Eric Cox of Chicago with aggravated unlawful use of a weapon, no firearms ID card and no concealed carry. One juvenile was charged with possession of a stolen vehicle, fleeing and eluding. The other two juveniles were charged with criminal trespass to a vehicle.

The stolen Honda was later found in the 800 block of North Kilbourn in Chicago's West Humboldt Park neighborhood, police said.