South Side residents outraged by 'bait truck' caught on video 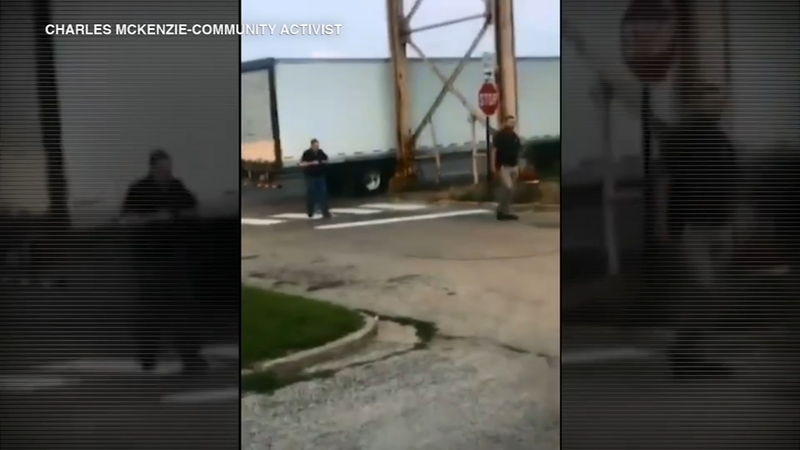 CHICAGO (WLS) -- There are calls for an investigation into a sting operation on Chicago's South Side in which a train company used so-called "bait trucks" to arrest suspected thieves.

South Side activists say that action is deepening the divide between police and residents.

Chicago police said it was a Norfolk Southern Railway operation. That company confirmed it was working with CPD in the undercover sting.

Cell phone video, viewed more than half a million times, shows what appears to be at least a dozen officers in a covert sting. The goal, according to Norfolk Southern Railway, was to catch criminals stealing.

"Every day, unsolved murders. Drug infested. Prostitution, gang, infested and you would bring that type of element already in to a burning house," said community activist Martin G. Johnson.

"I just felt it was unfortunate that we use our resources for this, when we are strained as it is with the police resources," said 6th Ward Alderman Roderick Sawyer.

Sawyer was unaware this was happening and is outraged.

"As we're trying to build trust between the community and police, this just tears it right apart," he said.

"I'm out here every day fighting for the young guys in the Englewood community," said activist Charles McKenzie

For McKenzie the undercover sting was a low blow.

Wednesday night Norfolk Southern released surveillance video it says shows men breaking in to a truck and taking boxes from inside.

In a statement the company confirmed it was working with Chicago police last week and "...conducted a joint surveillance operation to target individuals who have been breaking into freight containers at rail yards..."

"Youths were neither targeted nor arrested. The three individuals apprehended ranged in age from 21 to 59," the statement said.

"How can we trust CPD when they're doing things like that. And let me get this correct, every CPD not bad, you know we have some good officers that serve and protect well. Honestly. But when they do things like that, it makes all the rest of them look bad," McKenzie said.

Norfolk Southern said three people were apprehended, and their ages varied from 21 to 59.

A spokeswoman also said the truck was unmarked and locked, and inside were retail shoes.