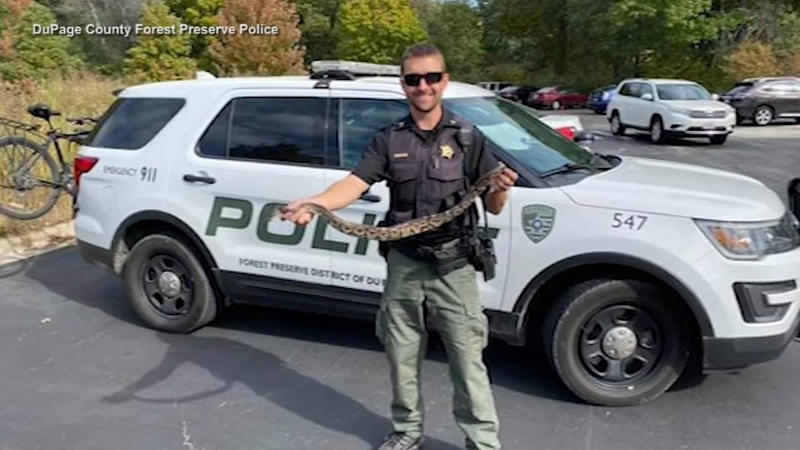 The DuPage County Forest Preserve Office found the snake, a ball python, at Herrick Lake Forest Preserve in Wheaton. A walker called police when she noticed a large snake under her car. An officer, Sgt. Krist Schroeder, grabbed the snake and removed it from the area. A photo shows him holding the snake.

Sgt. Schroeder said it's not very uncommon. This is not the first time he captured a snake. He said he gets sad every time people dispose of animals in the forest preserve and wants to remind them that it is also illegal to do so.

Schroeder said he knew exactly what to do and how to handle it because he took a class on how to capture snakes. He has been with the forest preserve for 20 years now.

Ball pythons are native to Africa. It is illegal for anyone to release pets or wildlife into forest preserves. Such actions could harm the released animals as well as species that are native to the area.