Bark in the Park 2015 canceled by dog flu outbreak 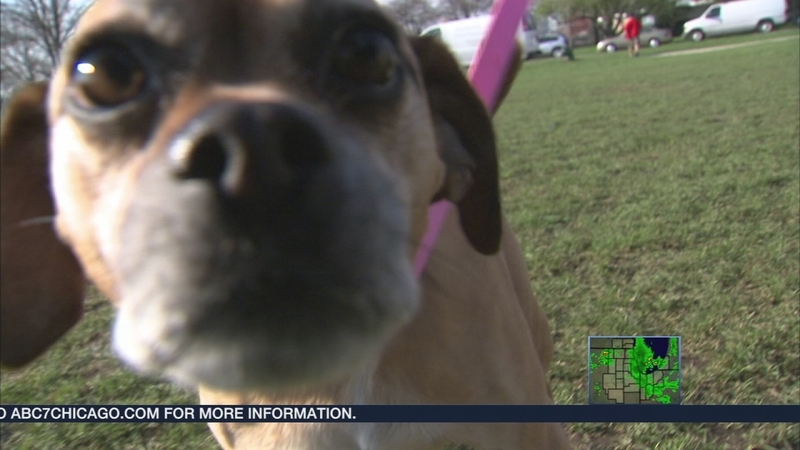 Bark in the Park canceled

CHICAGO (WLS) -- Bark in the Park 2015 was canceled due to an outbreak of dog flu in the Chicago area, according to The Anti-Cruelty Society.

Thousands of people - and their dogs - participate in the fundraising event every year. The 2015 Bark in the Park was to be held at Chicago's Montrose Harbor on May 3, 2015.

More than 1,000 cases of dog flu, five of which were fatal, have been reported in Cook County. Because it's so highly contagious, The Anti-Cruelty Society said the organization had no choice but to cancel.

"We are very dependent on it. We are a private agency. We rely on donors," Dr. Robyn Barbiers, The Anti-Cruelty Society, said. "People will see we're doing the right thing. We're doing the difficult thing. It's going to hurt us, but we're doing it for the health of the animals."

The epidemic, which began spreading at the end of March, prompted some pet boarding facilities to close for disinfecting and warning signs at Chicago dog parks. Officials had hoped it would pass before the May event, but that just doesn't seem to be the case, Dr. Barbiers said.

"Most of the transmission is coming through where dogs are in very close proximity with each other, for example, doggy day care centers, boarding facilities, shelters, kennels, groomers," Dr. Anne Cohen, veterinarian, said.

The Anti-Cruelty Society hopes people will still donate and join in a virtual dog party, iBark in the Park.