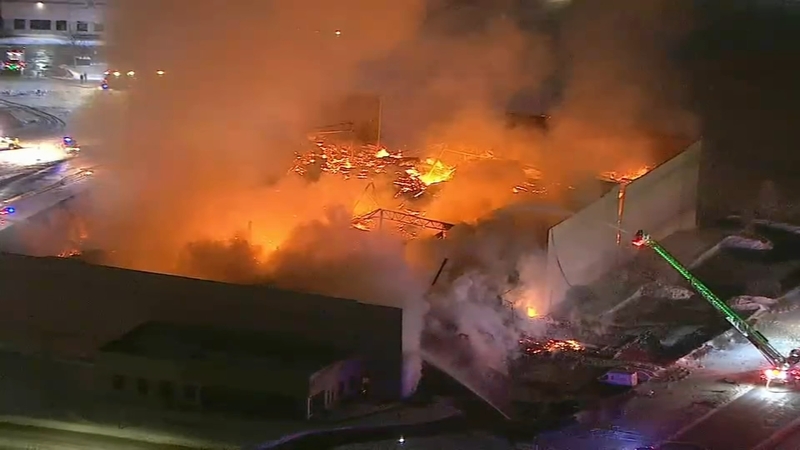 Chopper7 was over the scene at Access, a secure document storage facility, in the 1200 block of Humbracht Circle just after 4 p.m.

Chopper 7HD was over the scene of a massive warehouse fire in Bartlett.

Officials said the warehouse was stacked floor to ceiling with boxes of documents, providing ample fuel for the fire.

What workers said began as a few boxes on fire grew into an inferno.

"These walls are collapsing on us," said Bartlett Fire Chief William Gabrenya. "We don't want to get any of the firefighters within that collapse zone, so at this point we're all aerials operations."

The trouble began around 10 a.m. Officials said a sprinkler system initially kept the fire in check, but when a series of steel racks being used to store boxes collapsed, there was no saving the warehouse.

The Village of Bartlett said the following roads are closed in the area as crews battle the fire: Munger Road between W. Bartlett Rd. and Stearns, Brewster Creek between Spitzker Rd. and Munger, N. Humbracht Circle closed at Munger Rd.