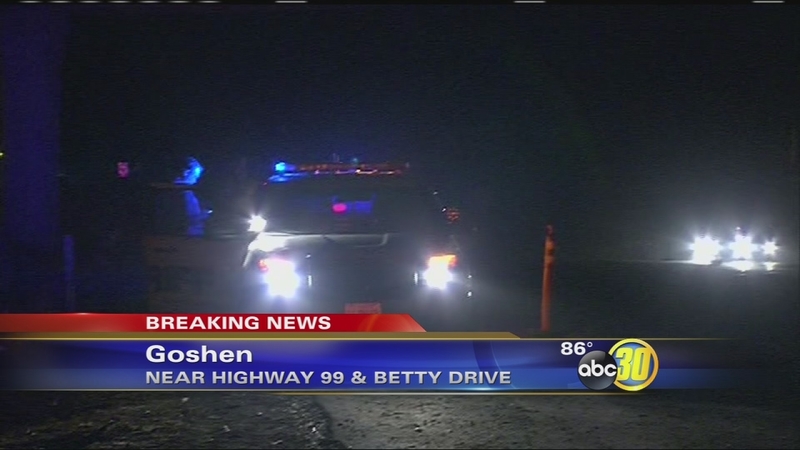 FRESNO, Calif. -- One person is dead after being hit by two vehicles in Tulare County on Highway 99 near Betty Drive in Goshen.

The California Highway Patrol said two people were running across the freeway, after stealing beer from a store, and one of them was hit by oncoming traffic and was killed at the scene. Investigators say the second person picked up the beer and ran away.

Officers were investigating the scene for a couple of hours on Tuesday night. They talked with store clerk where the beer was stolen and checked for surveillance video. There is a search going on for the person who left the scene. Officers say that person could face manslaughter charges.

Both of the drivers involved stopped and cooperated with investigators. They were released and investigators say they will not be facing any charges.

The victim was hit by 1 vehicle and another ran him over. Both drivers stopped and were released from the scene. pic.twitter.com/LQHxJ0tpQp

CHP says there were 2 ppl running across the freeway after committing a beer run. 1 was hit and the other took off. pic.twitter.com/plsmQY46RX

A pedestrian was hit and killed on Hwy 99 just south of Betty Drive in Goshen. CHP is on scene, waiting 4 coroner. pic.twitter.com/fXMXrPWsGF