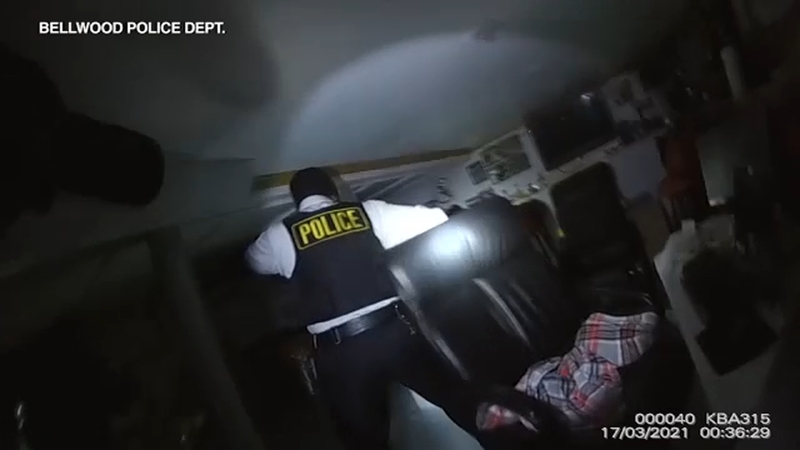 BELLWOOD, Ill. (WLS) -- Bodycam video from the Bellwood Police Department of a raid last month is the subject of a civil rights lawsuit.

RELATED: Bellwood police sued over raid on home that may have been swatting

It's unclear who or what the police were looking for.

"How they treated my wife, grandchildren, like we were criminals like we were animals. Shame on them," said Soto said in March.

"I kept begging them to tell us what we did wrong," his wife Margarita added.

They were apparently responding to a 911 call to the house that attorneys say may have been a prank call about a fake emergency at the home, a relatively new phenomenon known as swatting.

Soto and his family are suing the Bellwood Police Department following the incident.