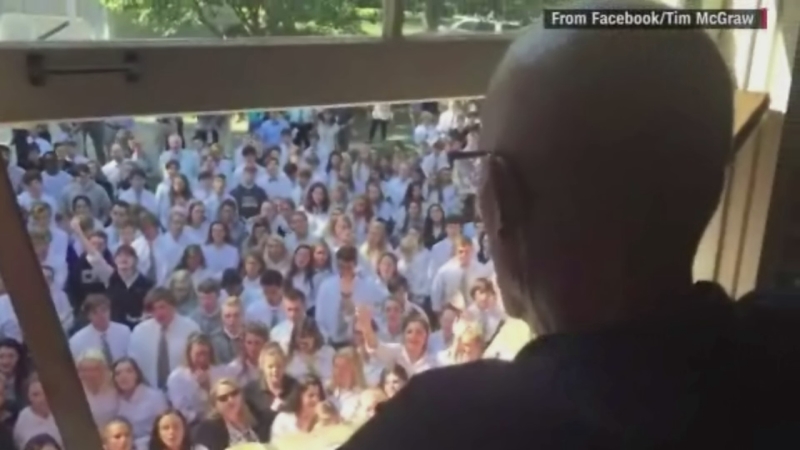 NASHVILLE, Tenn. -- A cancer-stricken teacher who was serenaded by hundreds of his students earlier this month has died.

"Ben was a gift to us all in the most unassuming and life-giving way," headmaster Nate Morrow said in a statement.

"He left these words for us, spoken over the students at his house, and I share them with you to guide us now," Morrow said. "He [Ellis] said, 'I love you. I believe now, more than ever, that God is good, and that He is with us. I am full of hope, peace, and joy. I wish all this for you. Look to Jesus to know, to believe, and to be filled.'"

Ellis taught Latin and Bible studies, but recently had to stop teaching while undergoing chemotherapy and radiation.

On September 7, more than 400 faculty members and students came to his home to sing in support of his year-long cancer battle.

The video was posted online by country superstar Tim McGraw, who said he was tipped off by a friend who wanted to share the act of kindness.

He is survived by his wife Shelley and his five children, who all attend Christ Presbyterian Academy.