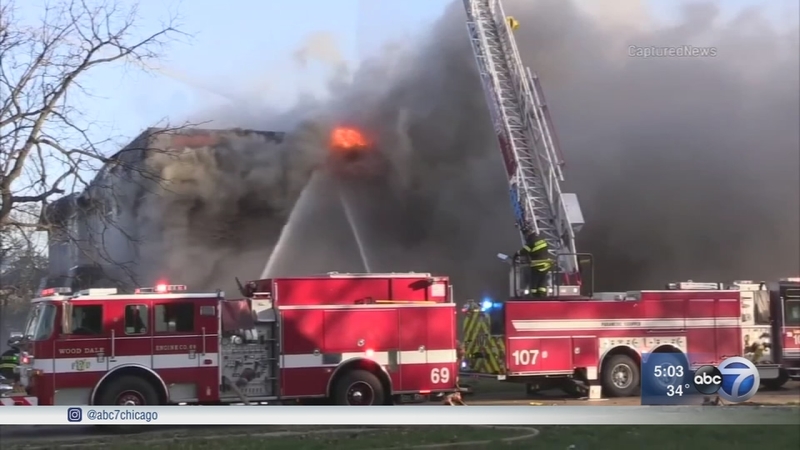 BENSENVILLE, Ill. (WLS) -- One person was killed and dozens were displaced early Sunday in an apartment fire in west suburban Bensenville.

The fire broke out at about 6:15 a.m. in the 300-block of Marshall Road in the apartment's third floor. A man living in a third-floor apartment, where the fire started, died.

All of the 18-unit building's residents, about 35 people, were displaced.

One of them is Ted Gehman, who lived in the building with his girlfriend and dog.

"I woke up to firefighters banging on our door," he said. "... We grabbed our pups and ran out with jeans in one hand and a dog in the other.

Gehman and his girlfriend were the last to evacuate, sleeping for nearly an hour before firefighters woke them up.

Gena Lovergine, who lived on the top floor with her fiance and daughter, lost everything, except for her engagement ring which was recovered by one of the firefighters.

"All three of us are safe. We all have our lives. That is the one thing that can't be replaced. All of that is money," she said.
Report a correction or typo
Related topics:
bensenvillebuilding fire
Copyright © 2021 WLS-TV. All Rights Reserved.
More Videos
From CNN Newsource affiliates
TOP STORIES