Bernie Sanders at U of I

CHICAGO (WLS) -- Democratic presidential candidate Bernie Sanders campaigned in Chicago early Saturday before heading south to the University of Illinois, where he greeted an overflow of supporters outside the venue before heading into the rally.

"Let me tell you that if I am elected to be president, the Justice Department will go after these Wall Street vultures," Sanders told the crowd. "Their days of looting local communities and state governments will be over."

Sanders hopes to win big in Illinois during the Tuesday primary and continue the momentum from his major unexpected win in the Michigan primary.

He said he wants to bring his "political revolution" to Illinois and beat Clinton in her home state. He also held a rally in Summit, Ill. Friday.

He also talked about the Friday night clashes at the Donald Trump rally at the University of Illinois-Chicago campus, addressing Trump's allegation that Sanders supporters incited the fracas.

Sanders repeated during all of his events on Saturday that the divisiveness needs to end and that the nation needs to come together to address wealth inequality.

"Secretary Clinton is very proud to have the endorsement of Rahm Emanuel. You know what? I don't want Rahm Emanuel's endorsement," Sanders said in an interview with ABC7.

After the Hyatt event, Sanders headed to a Rainbow PUSH event with the Rev. Jesse Jackson.

In Champaign, more than 4,800 people tried to get into the Activities and Recreation Center on the U of I campus. Not all of them got in so Sanders greeted them before heading in.

"I didn't think it was going to be this many people I thought a thousand, two thousand, this many is ridiculous," said Ethan Perry, a U of I student.

Supporters said they support Sanders' message against government corruption and the reliance on Wall Street dollars.

"I came here to support Bernie Sanders and get big money out of politics," Jon Delzell, a Sanders supporter. 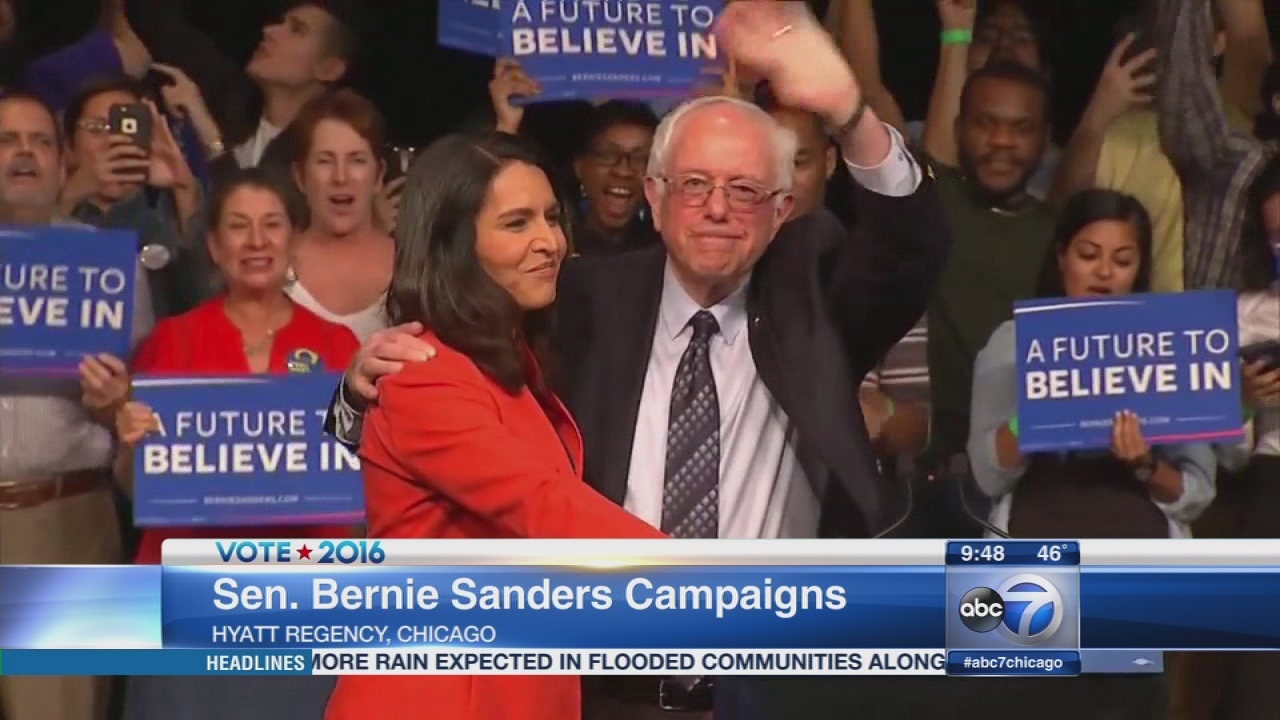