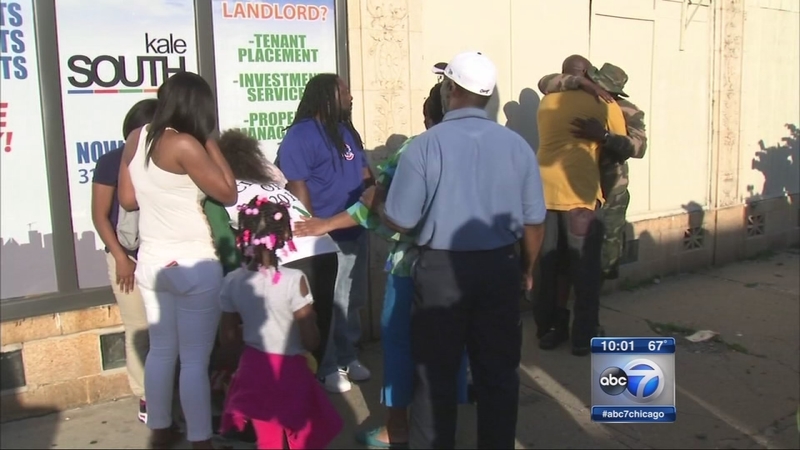 Her family gathered on the corner of East 79th Street Friday night at the real estate office where she was shot and killed.

Police shut down the street and setup chairs and tables for a gathering of residents, pastors, elected officials and activists that demanded action and accountability.

Howard was hit and killed by a stray bullet late Thursday afternoon while working her second job at a real estate office in the 700 block of East 79th Street. The bullet pierced her neck and killed her. Police said shots rang out outside the office among rival gang members.

As Howard's family gathered at her childhood home Friday, they stopped to reflect on a woman who cherished family, and her faith.

"She had a things to do list that really got to me, it was like things to do: 'Praise God,'" said Lynn Long, sister-in-law.

Howard's brother, a Chicago police officer, knows all too well about the violence in the area, but never thought it would hit so close to home.

"I have to be strong for all of the family members that are around me, that's the only way I'm holding on right now," Orlando Long said.

Dr. Betty Howard, as she was referred to, touched many lives, especially those of her students.

She was the head of the special education department at Gwendolyn Brooks College Prep Academy. Students released balloons Friday in her honor and shared their stories of their beloved teacher.

"I know a couple of kids that actually went to her for help and it seemed like she was always trying to help out and do the best for kids," said Isaac Simmons, a student.

Howard, 58, was a wife, mother and grandmother, and an avid card player. She played with a group of friends that is hearing the news - they said she will be missed terribly.

"It really was a great experience to meet someone that was so outgoing that loved family and friends, a people person that inspired people to do better," said Guthrie Bonnett, a friend.

A $2,000 reward is being offered for any information leading to an arrest in the shooting that also wounded two others. Anyone with information is urged to call 1-800-U-TELL-US.