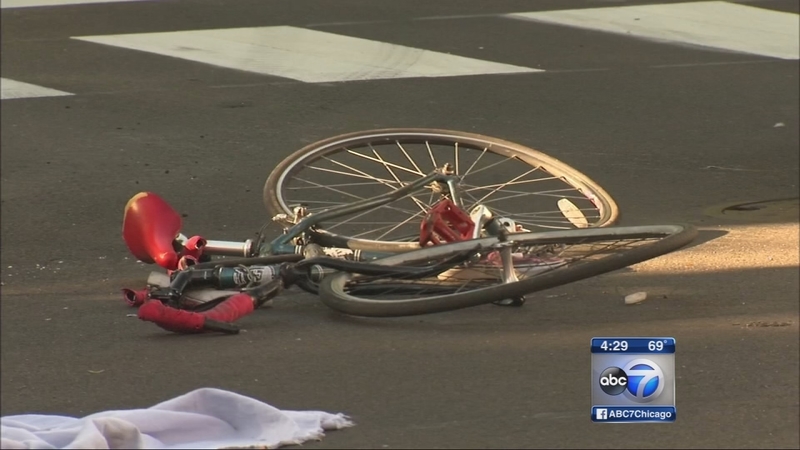 CHICAGO (WLS) -- A woman riding her bicycle was killed after being hit by a truck in the Roscoe Village neighborhood Monday morning, Chicago police said.

The accident occurred at about 7:50 a.m. in the 1900-block of Addison Street, police said. The Chicago Fire Department said the victim is a woman in her 40s.

The truck was a large flatbed truck with construction equipment on it that was heading north on Damen Avenue and making a right turn onto Addison Street when he hit the bicyclist.

"He said he looked both ways, but if a person started coming as he was making a turn it's hard to see anyway," said Chris McCraw, a co-worker of the truck driver.

"The driver was so distraught they took him away in an ambulance," said witness Carole Cifone

"He's really feeling hurtful because of the family," said McCraw.

Witness Carole Cifone said she say the driver of the truck get loaded into an ambulance.
"The driver was so distraught, they took him away in an ambulance," she said. "He was just bent out of shape by what had happened that he was responsible for it."

"Instantly, it was 'is that one of my friends' and I pulled up around the road and texted as many people as I knew to figure out, 'do we know who's bike that is,'" said Meg, a bicyclist.

There are no bike lanes along Damen or Addison, but there are signs warning both bikers and drivers to share the road.

Police have not yet said if they will cite the driver of the truck.