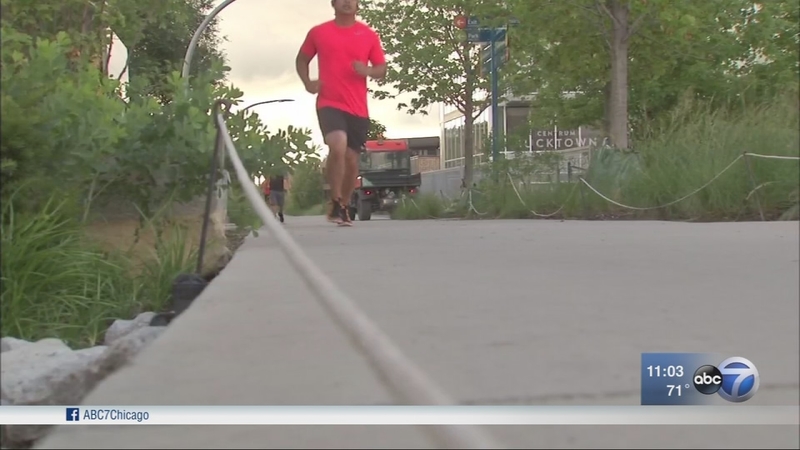 Police warn of robberies on 606 Trail

CHICAGO (WLS) -- Police have sent out a safety alert for anyone who uses the 606 Trail.

Robbers have knocked down at least three bicyclists, beating them and then robbing them.

The 606 brings together art, Chicago's history and trails for bikers walkers and runners, but in recent weeks it's also attracted crime.
The most recent incidents happened Saturday and Sunday.

The robberies occurred at the following time and locations:

Many of the people who use the trail are aware of the recent robberies, but said they still feel safe and won't keep away.

"I don't think there are that many issues, but it's the city of Chicago right?" said runner Greg Whipple.

"Any crime is disturbing in the neighborhood any crime and it's disappointing to hear about," said walker Lorraine Adney.

The park is under constant video surveillance, with cameras mounted along the trail, but it's unclear if the thieves were recorded.

"I think that there's been a good police presence up here and I hope that that will continue obviously I read about yesterday and it hasn't deterred me from coming up," said runner Farah Denahan.

Police hope people will now take note of these crimes and take precautions.