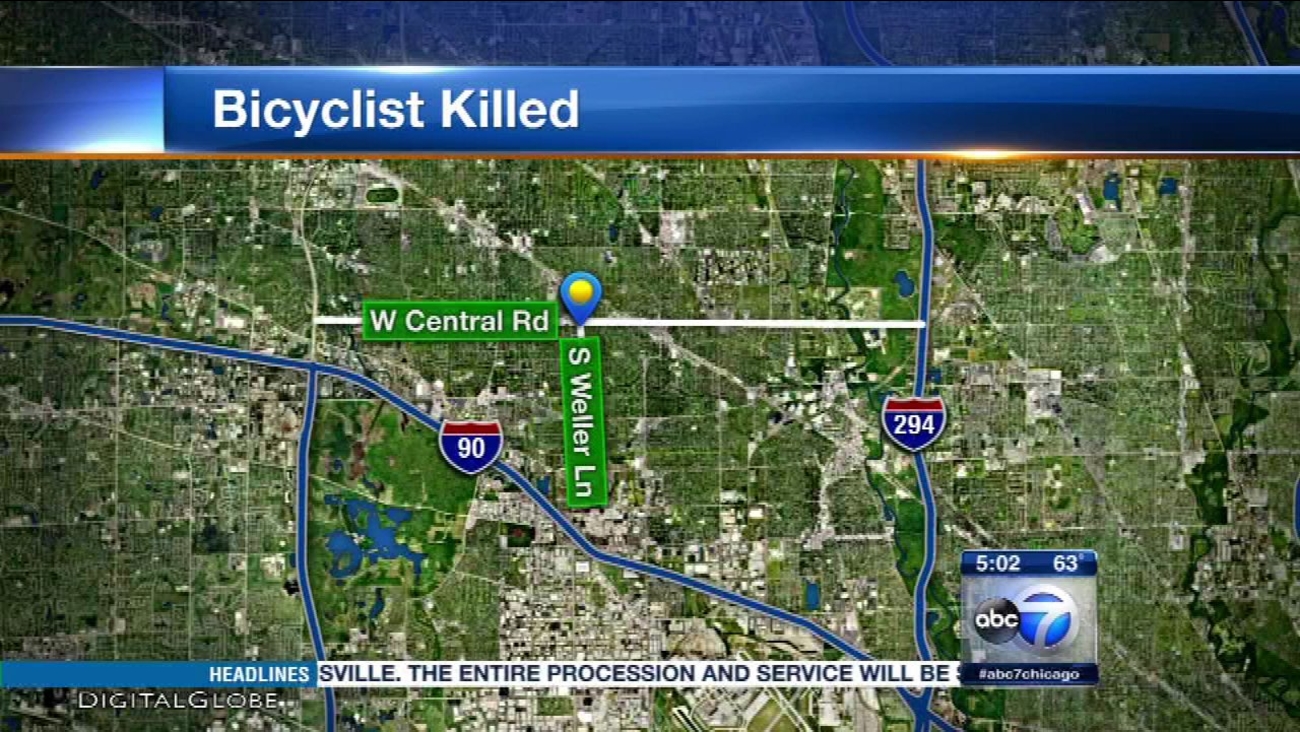 MOUNT PROSPECT, Ill. (WLS) -- A woman was struck and killed while riding her bike in northwest suburban Mount Prospect.

Joni Beaudry, 55, of Mount Prospect, was struck by a black, Lexus SUV on Weller Lane as she tried to cross Central Road just after 9:40 a.m. Thursday, police said.

Investigators said Beaudry was heading north on Weller, activated the crossing signal at Central and started to cross the street once the eastbound cars had stopped.

The SUV, which was heading east on Central in the middle lane, did not stop at the intersection and hit Beaudry, police said. She was rushed to Advocate Lutheran General Hospital in Park Ridge, where she later died.

Police said the 56-year-old woman from northwest suburban Elk Grove Village who was driving the SUV stayed on the scene after the collision. She was cited for failure to yield to a pedestrian in a crosswalk and failure to reduce speed to avoid an accident.