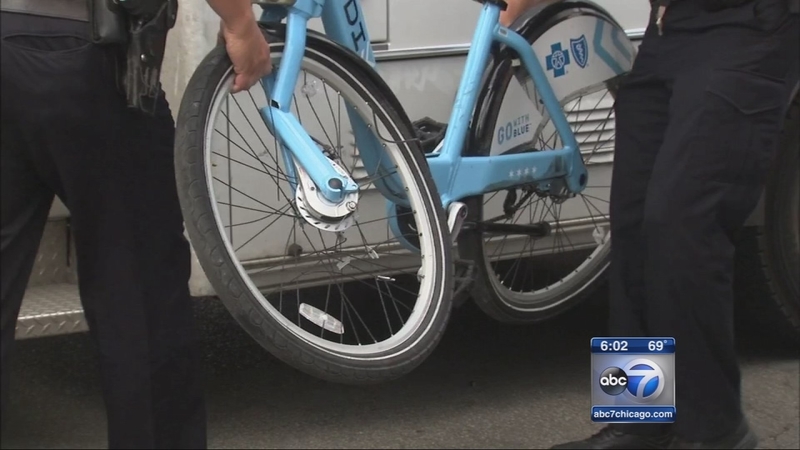 CHICAGO (WLS) -- A Divvy bike rider has died after she was hit by a truck in Avondale on Chicago's Northwest Side Friday morning. It is believed to be the first bike-sharing death in the United States.

Virginia Murray, 25, was struck near the corner of Belmont and Sacramento just after 9 a.m., authorities said. There are no bike lanes at the busy intersection.

In surveillance video, a large flatbed truck can be seen pulling up to the light at the intersection. After sitting for several seconds, Murray rides up on the right. At the moment she flanks the right side of the truck, the driver turns that direction, hitting her.

"There's been so many accidents at this intersection with or without the crossing guard," said Angela Edwards, who lives nearby. There are no marked bike lanes in the vicinity of the crash.

The driver from a nearby flooring company immediately jumped out of the truck. Baffled bystanders rushed over to help her as she lay motionless in the middle of the street.

Police said she was wearing a helmet at the time of the crash. Witnesses said rescuers performed CPR on her at the scene.

Murray was rushed to Advocate Illinois Masonic Medical Center in critical condition, where she died.