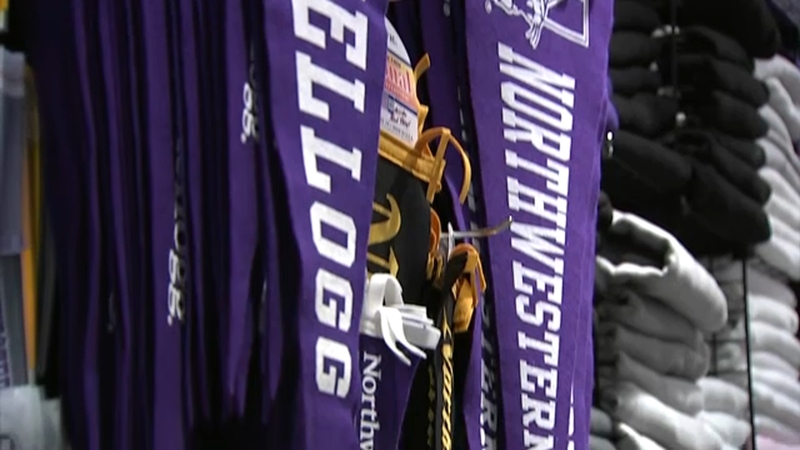 EVANSTON (WLS) -- The rising number of COVID-19 cases coincides with the start of the Big Ten football season this weekend.

Football season is normally the busiest time of year for Campus Gear store located right across the street from Northwestern University's Ryan Field in Evanston. But this year there will be no fans when the Wildcats host Maryland in a rare night game on Saturday.

"They depend on game days to survive," said Campus Gear owner David Haghnaji. "That's where we make 90% of our revenue."

The mayors of many Big Ten cities are concerned about large gatherings, even though the stadium seats will only be filled with a small number of family members.

"The big loss for us certainly in Evanston is a huge economic loss, as it is to all of the communities," said Evanston Mayor Steve Hagerty.

Hagerty joined mayors from most other Big Ten cities in signing a letter to the Big Ten, asking for their cooperation in helping reduce the threat of spreading COVID-19.

"The Big ten has already done a lot to curve and try to prevent the spread during football but maybe there's some more things that could be done," said Aaron Stephens, mayor of East Lansing, Michigan.

Football normally provides a huge economic boost for Evanston restaurants, hotels and all sorts of business in downtown. Instead, the chamber of commerce is hoping fans will order takeout for small at-home gatherings.