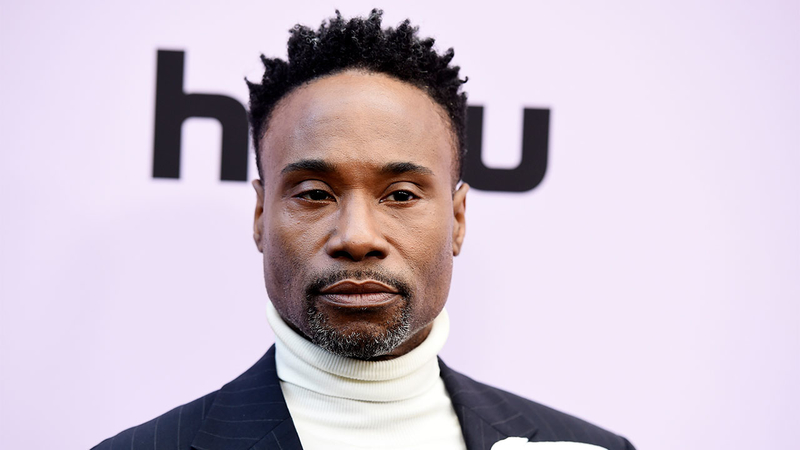 LOS ANGELES -- Billy Porter is calling for an end to violence against Black trans women and speaking out about his experiences as a member of both the Black community and the LGBT community.

In an interview with "Jimmy Kimmel Live!" guest host Billy Eichner Thursday, the "Pose" star continued a conversation about an Instagram video he posted in June in which he addressed homophobia and transphobia in the Black community.

Noting that "Black trans women are dying at the hands of Black cis men at such an alarming rate," Porter called on "homophobic, transphobic and xenophobic people in general, specifically Black people in this instance," to "embrace and love each other through our differences - because of our differences."

"Love the humanity in every single human being. We're human beings first, that's all I'm trying to say," Porter said.

Porter said while "the Black community is changing and shifting," but there is still work to be done to fully embrace the LGBT community.

"My friend called me, he said...his straight male Black cis cousin was like, 'Man, I love [Porter]. My two sons, if any of them turn out gay, I would love them no matter what.' It's so good to hear that, because my experience in the 80s was a cousin saying if I ever turned gay, he would kill me."

SEE ALSO: Kerry Washington calls for justice for Breonna Taylor: 'It is unfathomable that these officers are not in custody'
EMBED More News Videos

Kerry Washington says America "cannot go backward" following the death of George Floyd and the renewed focus on policing in America, calling for justice for Breonna Taylor and other black women killed by police.