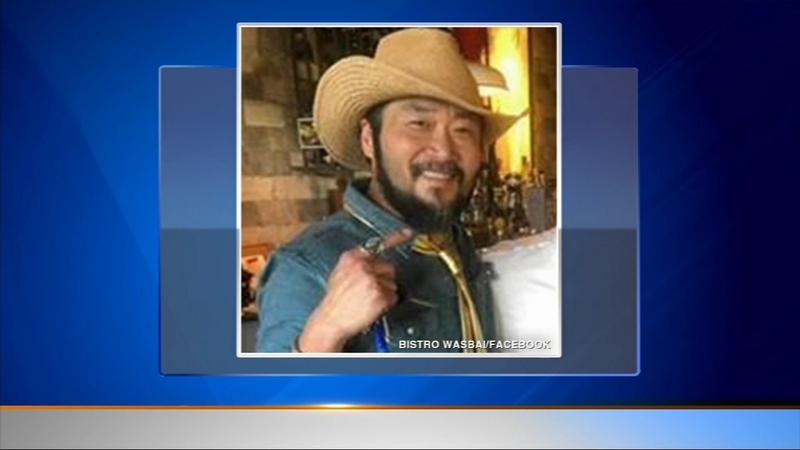 CHICAGO (WLS) -- The search for the gunman who killed a suburban restaurant owner in Chicago continues Friday.

Peter Rim owned two restaurants in Lake in the Hills. He was killed Thursday morning on Chicago's Northwest Side.

Rim owned several restaurants including El Cochino. He is being described as "wild, fun, energetic and loving."

"He just had the kind of personality where he made you feel like a friend," said Eddie Heidenreich, customer at Bistro Wasabi. "He made you feel special. He was always hugging new people. He was always cooking new things and walking around saying, 'Hey, I just made this, you want to try it? What do you think?'"

The 46-year-old, who also owned Bistro Wasabi in north suburban Lake in the Hills, was shot to death at around 6:45 a.m. in the 4100-block of West Diversey Avenue.

Rim was a passenger in a car when police said an SUV pulled up. There was some kind of verbal exchange and Rim was shot in the head through his open passenger-side window.

"It's very, very strange," said Connie Alvarez, the victim's friend. "I'm from Chicago and we see a lot of things on the news and we always think that none of this is actually going to affect us, especially for someone like Peter, who would never hurt a fly."

It is an incredible loss for people who knew Rim and those who dined at his restaurants.

"Honestly, I don't know how I'm doing, it's very traumatic for us," said Jeffrey Dunham, co-owner of Rims' restaurants.

Friday morning, someone left flowers, a candle and a card at the doorstep of El Cochino.

Tom Yucuis, the owner of Butcher on the Block, just a few storefronts away from Bistro Wasabi, knew Rim well and is struggling to understand such a senseless murder.

Throughout the day Rim's longtime customers have been coming in to dine at his restaurants, a fitting tribute for one of their favorite chefs.

"I just said, you know what guys, we got to mourn, come together, and Peter would want us to be open," Dunham said.

"I hope that his spirit helps to heal their heartbreak and fill the void that they now feel," said Toni Pokora, customer.

"I figured he went out, he was a chef. He would always want people to come here and eat," said Mark Lambert, customer.

One of Rim's longtime friends said at the time Rim was shot, he and his friends were coming back from a birthday party.

Chicago police said they are working with a possible road rage motive...but they are still investigating and trying to confirm that. Detectives have been canvassing the area for video hoping it will lead to the shooter.

In a social media post from Bistro Wasabi, colleagues say he "affected so many lives here and everyone here misses you so much."