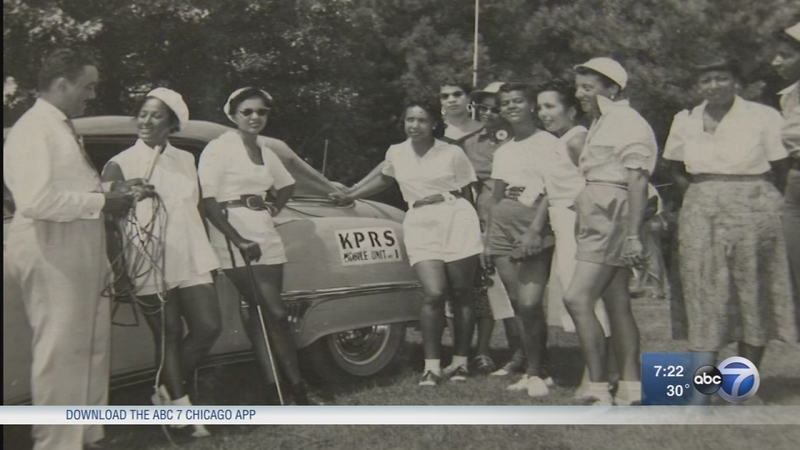 CHICAGO (WLS) -- The Chicago Women's Golf Club is currently the only active African American women's golf club in the nation.

Recently, the ladies in the South Side clubhouse reflected on 80 years of history as part of Black History Month.

"The importance is that we have been around. Black women have been playing golf, these ladies played golf in the 20s before the club was organized with their husbands. But golf has been an important part in our society," said club member Ernestine Harper.

Harper has been a member since 1960. Fifty-seven years later she still remember what it was like the day she joined.

"Back that then there was one golf course owned by a black which was wayside in Palos Hills. It burned down. They say that the mafia burned it down. And then we had to play wherever we could because we were not allowed on the courses," Harper said.

The Chicago Women's Golf Club was the first women's golf club admitted in to the United Golfers Association. The group was the only club in the country to have a clubhouse which was established in 1989.

"When we got this building it was just in shambles," said Harper.

Since the start of the organization many things have changes from where they can play and they attire but one thing remains the same.

"Being a black woman I am just proud to be in a club that has so much history. I just love it. I get out there and swing that club and it's like I'm in heaven," said Mary Stacker, a longtime club member.