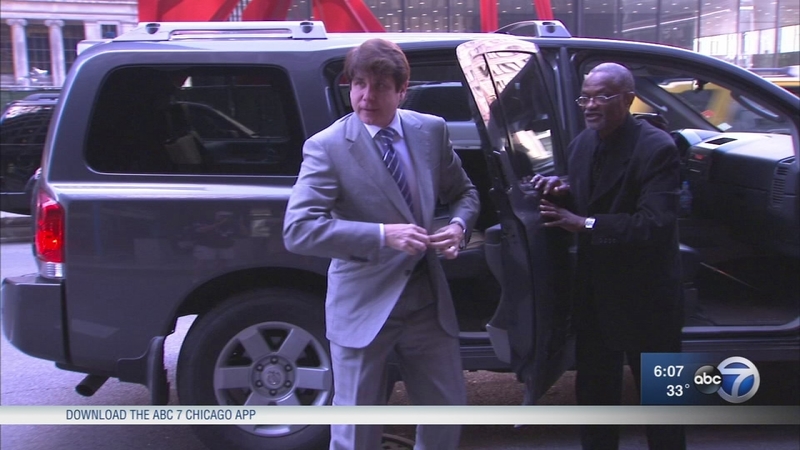 The government's 34-page Supreme Court response, obtained Friday by the I-Team, dismantles Blagojevich's appeal from last November. Blagojevich had argued that the nation's highest court could settle lingering disagreements in lower courts over what constitutes illegal political fundraising by taking up his case.

U.S. Solicitor General Noel J. Francisco asks the SCOTUS to deny Blagojevich's latest appeal, which came after multiple failed bids to have his corruption conviction thrown out or his 14-year prison term reduced. The sentence is the longest ever imposed on an Illinois politician for corruption-and there have been many.

The defrocked governor is entering his sixth year at a federal prison in Colorado. Among other convictions, he was found guilty of trying to extort a children's hospital for contributions and seeking to trade an appointment to Barack Obama's vacated Senate seat for campaign cash.

Supreme Court justices have already turned down an initial Blagojevich appeal and numerous arguments in the latest filing simply regurgitate arguments that were previously rejected. Blagojevich maintains that never in his alleged acts of corruption did he "explicitly demand campaign contributions ... in return for any official act."

In today's filing the solicitor general says Blagojevich's "argument is without merit" and "incorrect" with pages of legal arguing over the meaning of "explicit" quid pro quo.

The Chicago trial Judge James Zagel re-imposed Blagojevich's original 14-year sentence at a resentencing in 2016. That was ordered after the 7th U.S. Circuit Court of Appeals in dismissed five of 18 convictions. The 7th Circuit judges said the evidence against Blagojevich on the 13 counts that remained was "overwhelming."

The government on Friday restated some of the court's derogatory references to former governor Blagojevich and that his "...conduct was particularly egregious because of his status as Illinois's chief executive."