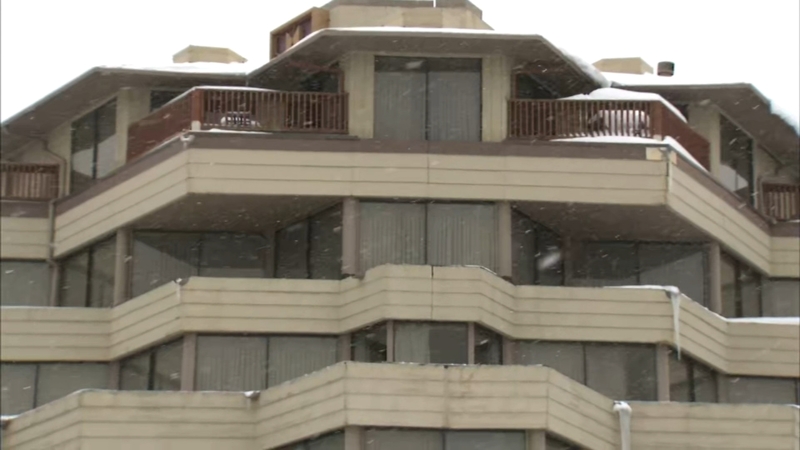 BLOOMINGDALE, Ill. (WLS) -- A month after a shooting at the Indian Lakes Hotel in DuPage County, the former golf resort is shutting down.

The hotel was once a tourist magnet. Last month, a dispute during a large party escalated into a deadly shooting.

Bloomingdale officials said the owners have turned over the business license needed to operate the hotel, the Daily Herald reported.

The Daily Herald reports the owners put the site up for sale, with a listing price of $6.5 million.

The hotel's business license was suspended in early February after one person was killed and six others wounded when gunfire broke out at a party in the western suburb.

Police also said this is not the first time they have been called out to the Indian Lakes Hotel, and slapped it with a violation.

Bloomingdale police released body camera footage from inside of the Indian Lakes Hotel that shows the aftermath of a massive hotel party that ended in gunfire.