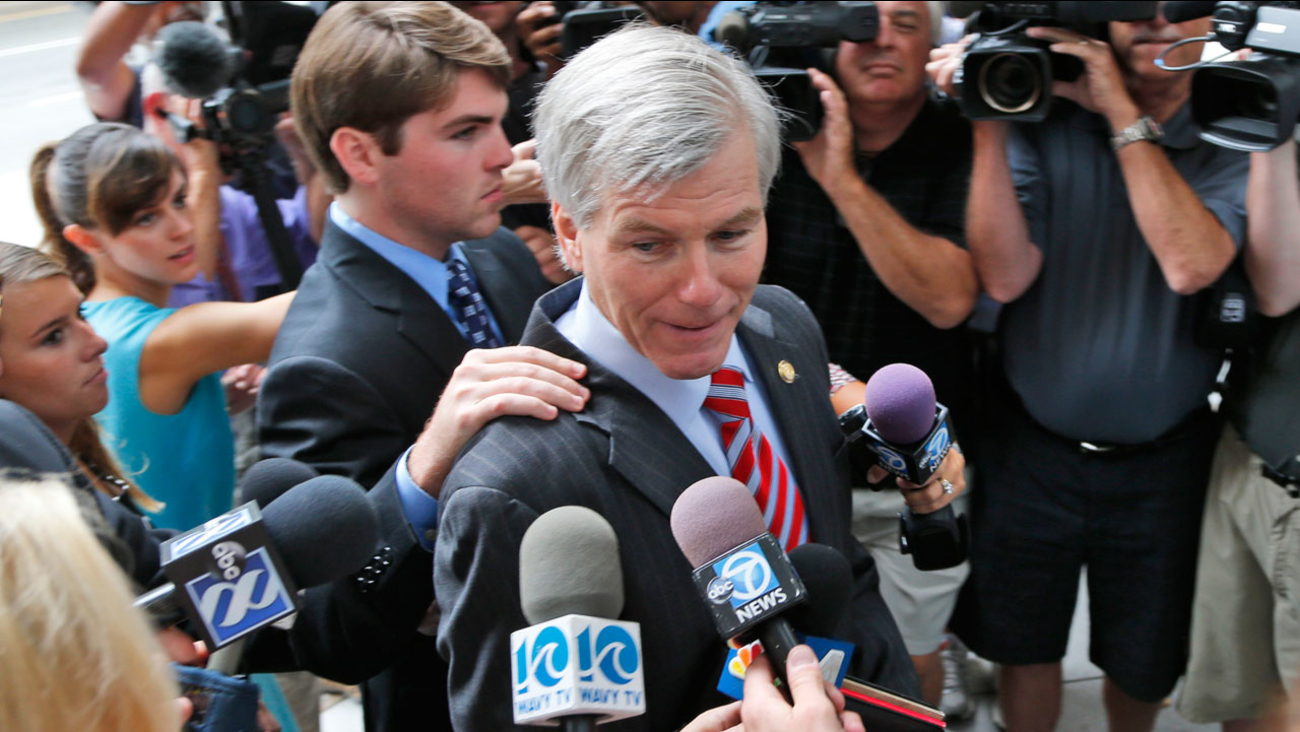 RICHMOND, Va. -- Former Virginia Gov. Bob McDonnell has been sentenced to two years in prison for taking money and gifts in exchange for promoting a dietary supplement while he was in office.

McDonnell, a Republican, was once on the short list to be Mitt Romney's vice presidential running mate. He was sentenced Tuesday after being convicted of 11 counts of corruption.

The former governor and his wife, Maureen, were found guilty in September. She was convicted of eight counts and will be sentenced in February.

Lawyers for the former governor asked a judge to order three years of community service. Prosecutors recommended a sentence of at least 10 years in prison.