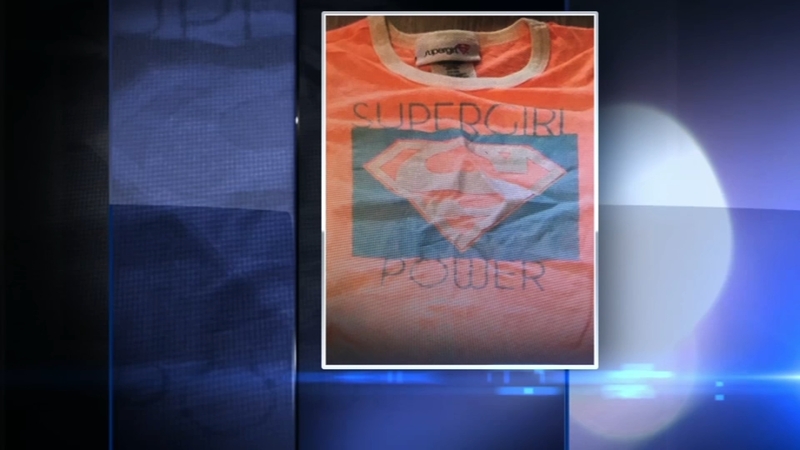 GARY, Ind. (WLS) -- Police in Gary are asking for the public's help identifying a teenage girl found dead in an alley in the Northwest Indiana city Monday.

Authorities hope someone will recognize the SUPERGIRL POWER t-shirt the young woman was wearing when utility workers found her body in the alley near 20th and Pennsylvania. Authorities have not yet said how she died.

Local, state and federal agencies are working around the clock to identify her, and the FBI has joined in the investigation. The U.S. Center for Missing and Exploited Children said they are not currently involved in the investigation, and it is not clear if the girl was ever reported missing.

The girl is believed to be between the ages of 14 and 18. The sheriff's department described her as an African American girl, 5 ft. 2 in. tall and 117 lbs. with short black hair and pierced ears.

She was found wearing an orange or red t-shirt with the words 'SUPERGIRL POWER' and the Superman logo on it, as well as size large blue Champion brand pants with gray stripes, a red size 32B bra, and blue and black Nike Air Max Plus size seven sneakers.