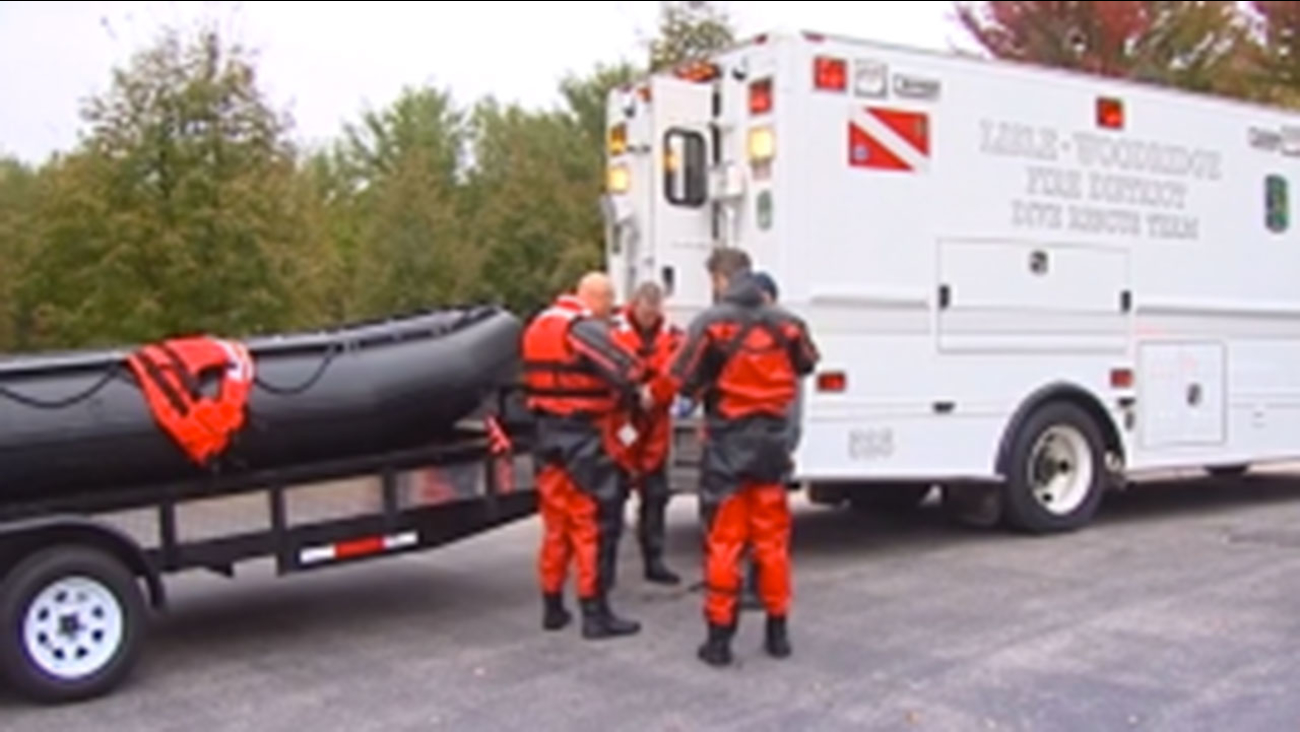 The Lisle-Woodridge Fire Department responded to the Seven Bridges Golf Club in Woodridge Saturday after a body was found on the golf course. (NVP News)

WOODRIDGE, Ill. -- A body was found at a golf course in west suburban Woodridge on Saturday.

The Lisle-Woodridge Fire District Dive Rescue Team responded to Seven Bridges Golf Club, 1 Mulligan Drive, with an inflatable boat after the male body was found near the Prentiss Creak area of the course.

Reporters at the course were told that golfers discovered the body in a pond along the fairway.

The body was identified as Daniel Miller, 29, of Woodridge, according to the Woodridge Police Department.

No evidence of foul play was found, police said on Tuesday.