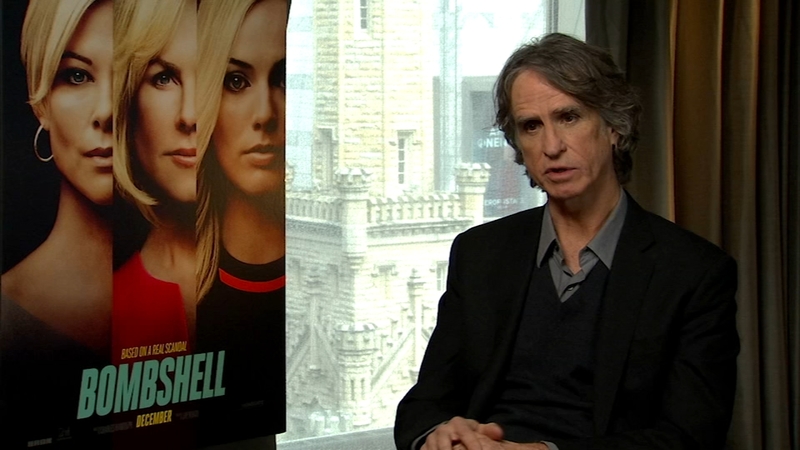 "Bombshell" is a new movie about how some brave women took down the most powerful man at Fox News, accusing him of relentless sexual harassment.

Many women who worked for Fox News in the era of media mastermind Roger Ailes described it as a culture of intimidation and abusive behavior. Charlize Theron plays Megyn Kelly, who emerged as one of the most powerful anchors at the network.

Director Jay Roach spoke about one of the most explosive movies of the season, with standout, all-star performances.

"Some people thought we were still in archival footage mode, and you hear the gasps in the theater, oh, that is Charlize!" Roach said.

Kelly eventually admitted Ailes had crossed the line, but was also key in her success.

"Meghan Kelly described working with Roger for 10 years after he harassed her in 2006 as being a great mentor, a kind of coach, almost a fatherly figure, and that said, to me, he probably wouldn't come across as a classic villain," he said.

Ailes is portrayed by John Lithgow.

"He talked to people who knew Roger all those years and would describe him as being one of the funniest, most charming people they knew," Roach said.

"When he started harassing people and preying on women and bullying people, it was more disturbing and easier for them to be pulled into his orbit, but then, more surprising and more of a betrayal when he would abuse them."

"It's definitely not mission accomplished," Roach said. "This is the tip of the iceberg and in this case, in this story, it was again a year before the Harvey Weinstein news broke, so these women were taking something on with no guarantee of success."