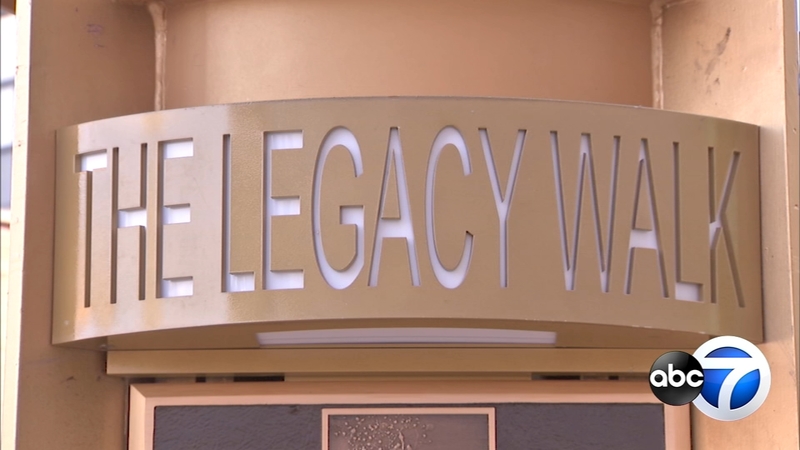 "I've seen in other cities you go here for this experience then you get a car and go there... it's disjointed," 44th Ward Alderman Tom Tunney said. "One of the things about Chicago and Halsted Street is that you can get an interesting flavor on a mile stretch."

The Legacy Walk highlights the lives of 40 LGBTQ individuals who made an impact on world history and culture.

And now, the walk is on its way to becoming something more: a Chicago landmark.

"The recommendation is very specific about what it is. Twenty sidewalk pylons and then their plaques that are in the pylons. Those are the ones that are designated as the landmarks," Landmark Commission Chair Rafael Leon said.

"It is the only multi-acre site in the world that has ever been declared a landmark specifically because it matters to LGBTQ people. That is unprecedented," Legacy Project Co-Founder and Executive Director Victor Salvo added.

Salvo started the process toward landmark status in 2017.

However, the idea really got attention after Mayor Rahm Emmanuel announced the goal during the 2018 pride parade.

Now, a little over a year later, it's actually happening.

"These are important people who did really important things and it's the kind of information that we hope we have more and more opportunities to share," Salvo said. "Our mission has never been to change the biographies of these people, just to put the one sentence back into it that people thought was important enough to take out."

The landmark status of the pylons and Legacy Walk has already been approved by the city's Landmark Commission.