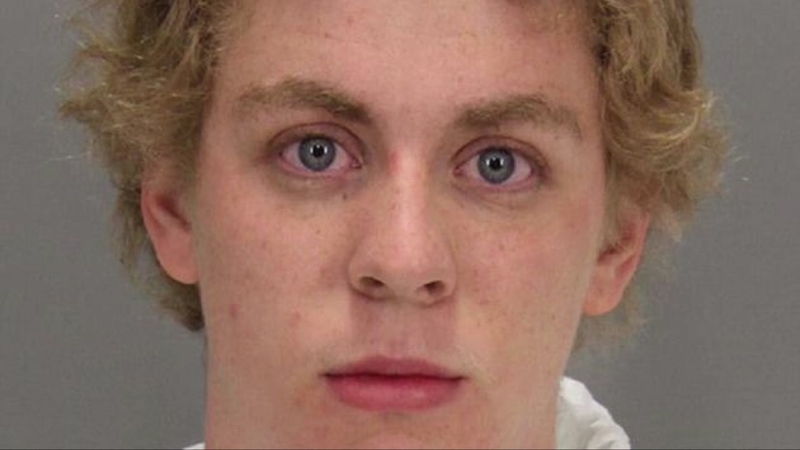 SAN JOSE, Calif. -- The case of Brock Turner went to a state appellate court Tuesday in San Jose, where his attorney is seeking his 2016 conviction of sexual assault be overturned on legal grounds.

Turner was convicted for the January 2015 assault on victim "Emily Doe" after she left a fraternity party on the Stanford campus.

While sentenced to six months and three years of probation, Turner was released from county jail after three months and returned to his home in Ohio, where was required to register as a sex offender.

The sentence, criticized as lenient by some, led to protests and a recall election that succeeded in removing Superior Court Judge Aaron Perksy from the bench.

Turner's lawyer, Eric Multhaup, was given 15 minutes to argue why the conviction should be overturned before a panel of three state appellate judges, composed of two women and one man.

Multhaup argued that evidence against Turner was largely circumstantial. As an example, he said that Turner was fully clothed when two graduate students found Turner and Emily Doe. It was Multhaup's opinion that Turner had no intent to commit rape.

He also argued that the prosecution didn't have sufficient evidence to prove beyond a reasonable doubt that he knew Ms. Doe had passed the point of general intoxication at the time the sexual activity occurred. He said the trial court failed to instruct the jury on lesser included offenses that could have resulted in a different outcome.

Multhaup also used a term for gratification with clothes on that seemed to stump the justices -- "outercourse."

Deputy District Attorney Alisha Carlile argued in her 15-minute allotment that sufficient evidence had been presented for a jury to reach a verdict "beyond a reasonable doubt."

It's the role of the appellate court to see if any errors were made that could have impacted the outcome of the trial. It does not re-try the case or put witnesses on the stand.

Turner was a 19-year-old Stanford freshman at the time of the crime. Emily Doe was 22 -- she was not a Stanford student.

Turner did not attend the Tuesday hearing. Neither Multhaup or Ms. Carlile would answer questions or do interviews following the 30-minute court session.

Justices Adrienne Grover, Franklin Elia and Wendy Duffy will have 90 days to render a decision.