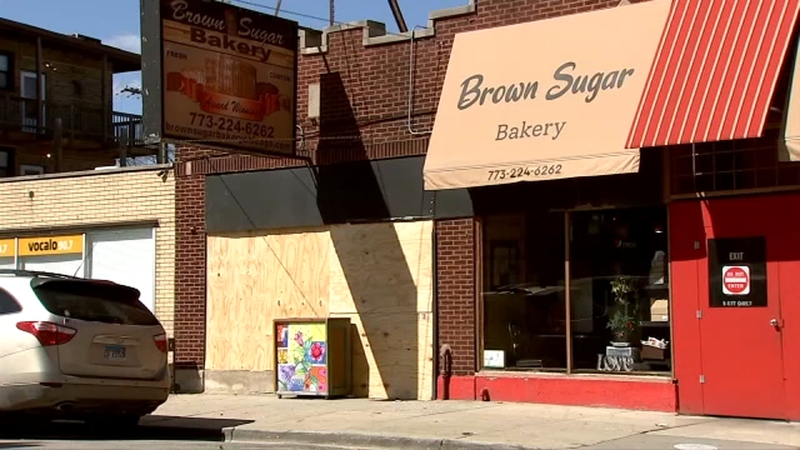 CHICAGO (WLS) -- It was business as usual at Greater Grand Crossing's Brown Sugar Bakery Sunday afternoon, as patrons of the popular dessert shop got their fill of the caramel cake that's made them a Chicago institution.

If it weren't for the boarded-up windows outside, you would hardly notice the destruction left behind after a vehicle is suspected of crashing into the business earlier in the day.

"No one was at the bakery, thank God! The first person came at 6 a.m. and thought it was a break-in," said Stephanie Hart, owner of Brown Sugar Bakery. "And actually, the lady who came to work usually starts at 3 a.m. and she started late. And all I can do is say yay!"

Because the driver did not call police, and somehow managed to extricate the vehicle and drive off before anyone noticed, it's estimated the crash happened sometime between 2:30 a.m. and 6 a.m.

"The policeman that came say they might have gotten towed out because of the bumpers that we found. The back bumper too," Hart said.

In the end, it was this walk-in freezer that bore the brunt of the damage. Replacing it won't be easy, and it will surely impact the bakery's nationwide shipping business until it is, but it's also this freezer that prevented the damage from being much, much worse.