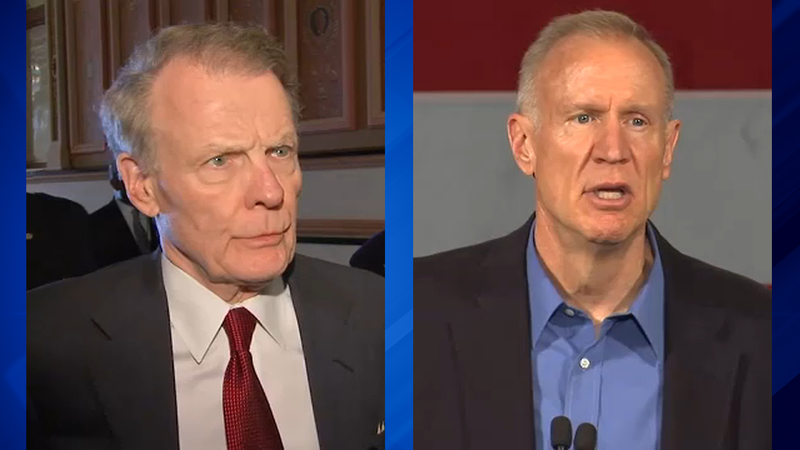 SPRINGFIELD, Ill. (WLS) -- Illinois House Speaker Michael Madigan weighed in on last week's election for the first time on Tuesday as lawmakers returned to Springfield for the start of the veto session.

And while there may be a great deal of uncertainty about what vetoes by Gov. Bruce Rauner they will try to override, what is clear is that Madigan remains in charge.

He said he expects that his working relationship with Governor-elect JB Pritzker will be different than the four years Madigan butted heads with Rauner.

So how does Madigan see himself working with Pritzker?

"Very well," the powerful and longtime House speaker said, saying it was based on "Our experience during the campaign where we worked very well from the time of the primaries through the general election."

For Republicans, there is a cautious optimism about Pritzker's promise of bi-partisanship.

"I spoke to him last week and I had a very nice conversation with him on election night and I'll have to take him at his word, and so we will, like anything else I'll operate in good faith until I'm shown otherwise," said state Rep. Jim Durkin, House Republican Leader.

Pritzker's leadership style stands in stark contrast to Rauner's, according to one Chicago democrat who characterized it as refreshing.

"So That collaborative, cooperative effort, if it continues is going to be very positive for the state of Illinois," said state Rep. Ann Williams, D-Chicago.

State Rep. and now Lieutenant Governor-elect Juliana Stratton was feeling the love on Tuesday, receiving a rousing round of applause during the Democratic caucus.

"It was nice to have some acknowledgement and it's nice, you now just to be congratulated on what was a hard fought campaign," Stratton said.

The same could not be said about the relationship between Speaker Madigan and Governor Rauner who was asked how he thought Rauner would be remembered.

"Oh, I'm not going to get into that, I'm just happy that he's leaving," Madigan said.