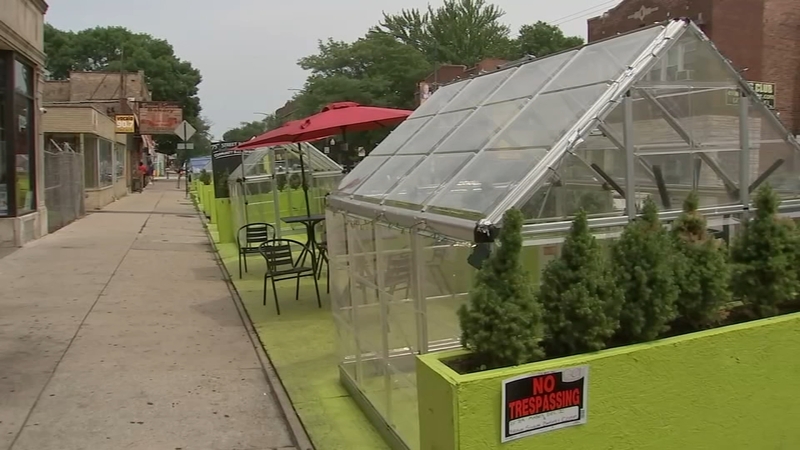 CHICAGO (WLS) -- Chicago violence is threatening the success of businesses along the 75th Street corridor, a growing symbol of hope for the South Side.

Friday could be one of the last days South Side resident Mike Lewis is able enjoy the 75th Street Boardwalk after recent gun violence has forced part of the promenade to come down.


"We're not going to let one incident deter us from coming back and having a good time and showing love in our community," he said.

"We have the right team, I think, working a little later. So giving us resources to add an additional team to be in those areas," said Bamani Obadeli, Acclivius.

The boardwalk remains a neighborhood issue. The lack of parking and garbage are some of the complaints about the boardwalk, which was created to provide an outdoor dining space for restaurants on what's considered to be Chicago's Black Wall Street.


"I believe we should remove some of it," said Lamar Burkhalter, general manager of Mabe's Deli. "It would actually help the business, not hurt the business."

As a proponent of continued growth on 75th Street, 6th Ward Alderman Roderick Sawyer said he understands the concerns of everyone involved, adding the concept shouldn't be abandoned, just reimagined.

"We've got to find a way to do it where it is safe, and it is beneficial to both the business, and the community, and the residents, and we keep the strip clear after hours, after everything is closed," he said.
Report a correction or typo
Related topics:
businesschicagochathamchicago shootingchicago crimechicago violencerestaurantsshopping
Copyright © 2021 WLS-TV. All Rights Reserved.
TOP STORIES
Rod Blagojevich says new lawsuit would open door to run for office
3 hurt in fight over fake Lollapalooza tickets
Fauci warns 'things are going to get worse' with COVID
Lollapalooza wraps up as one of city's largest events since pandemic
44 shot, 4 fatally, in weekend gun violence: Chicago police
Frustration as Biden, Congress allow eviction ban to expire
Senate reveals details of nearly $1T bipartisan infrastructure bill
Show More
Nearly all Chicago-area counties show 'substantial spread' for COVID
Deadly breakthrough COVID cases rare for fully vaccinated: CDC data
Longtime soap opera actor Jay Pickett dies at 60
Chicago Weather: Partly cloudy, few sprinkles Monday
120 laid off by Chicago's Morton Salt company
More TOP STORIES News