Felon, armed with knife, locks himself inside sheriff's SUV in Calif. 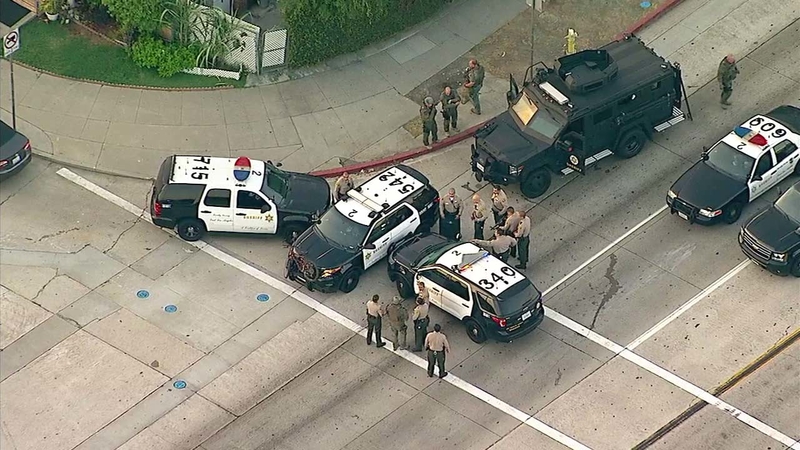 MONTEBELLO, Calif. -- A felon armed with a knife somehow got into a sheriff's vehicle and barricaded himself inside the patrol car for hours Tuesday morning in Montebello, Calif.

Los Angeles County Sheriff's Department deputies were called to Garfield Avenue and Northside Drive around 5 a.m. regarding a report about a man with a knife, authorities said.

When deputies arrived on scene, the suspect entered a sheriff's patrol SUV on scene and appeared to lock himself inside.

LASD's Special Enforcement Bureau was called to the scene, and other sheriff's SUVs surrounded the vehicle. After a two-hour standoff, the man surrendered and was taken into custody.

Sheriff's officials, who described the suspect as a felon, said they recovered the suspect's knife at the scene.