The woman throws her things to the ground after being ambushed by the goose.
WLS
By 6abc Digital Staff 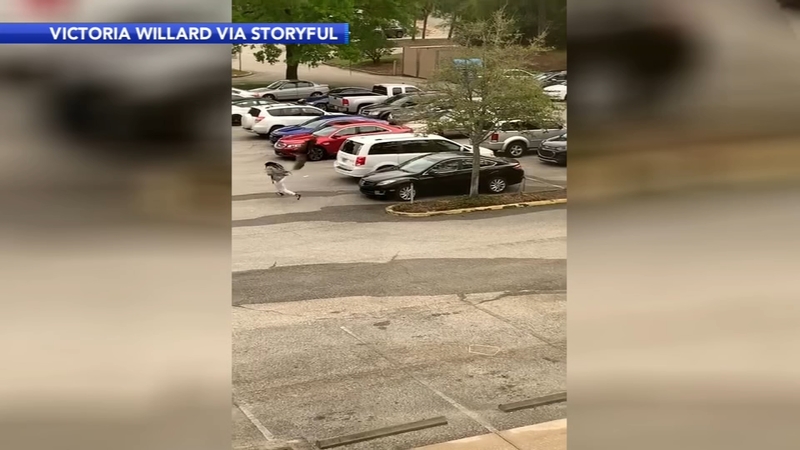 JACKSONVILLE, Florida -- Video shows a Canada goose swooping down on a woman after she mistakenly took a step too close to its nest and eggs.

It happened at a parking lot in Jacksonville, Florida.

The footage was shared to TikTok by Victoria Willard in March.

The woman throws her things to the ground after being ambushed by the goose.

Moments later, another driver carefully got into his car and drives in front of the goose blocking and distracting the protective bird so that the woman could gather her belongings.

Willard said she began recording after her supervisor said he was attacked while walking to the building.

Willard said she wanted to "see if it would happen again."

According to National Geographic, "Because of changing weather, settlement, and farming patterns, many Canada (not "Canadian") geese have begun to alter their migrations. Typically, the birds summered in northern North America and flew south when cold weather arrived. This cycle endures, but some northern populations have shortened their flight to traditional wintering grounds in the southern U.S. and Mexico. Other Canada geese have become permanent residents of parks, golf courses, suburban subdevelopments, and other human habitats across much of North America. In some areas, such as airports, they are so numerous that they are considered a nuisance."

Last week, Willard posted an update to TikTok. It was a video showing a gosling walking around with the goose in the parking lot.