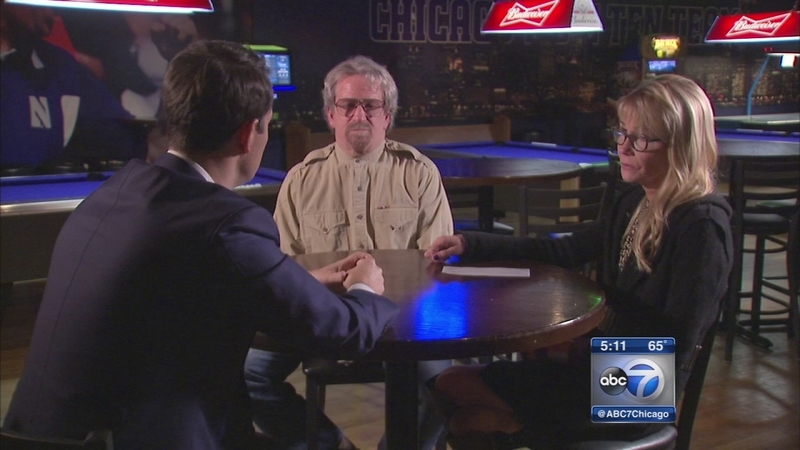 EVANSTON, Ill. (WLS) -- A cancer patient from Evanston found herself in a battle over medical insurance coverage after chemotherapy.

Mary Pomerantz needed thousands of dollars in dental work after a tough battle with tongue cancer. When she was repeatedly denied coverage, she called the ABC7 I-Team.

"There are a lot of cosmetic surgeries I would like to have and this is not one of them," Pomerantz said.

Pomerantz has been fighting esophageal and tongue cancer. She said the tongue cancer and radiation forced her dentists to remove seven teeth. The cost of numerous dental procedures totaled around $18,000.

"The radiation destroyed my jaw, no salivary glands which really messes your teeth up," Pomerantz said.

Pomerantz and her husband James said medical, not dental insurance, should have covered the cost since cancer caused the damage, but every time they submitted claims with Blue Cross Blue Shield, they were denied.

"Each time we called in for approval, they approved the procedures and then when the dental offices submitted the bills, they denied them," said James Pomerantz.

When asked why the procedures could not be covered, a spokesperson for Blue Cross Blue Shield released a statement:

"...the claims related to Mrs. Pomerantz' dental surgeries have been approved. When we began investigating, we determined that the provider submitted multiple diagnosis codes for the procedures, with the primary diagnosis being dental, not cancer-related. The claims were originally denied as they are not a covered dental expense under the member's policy. The claims were resubmitted and approved. Thanks for bringing this to our attention...."

Since that statement a month ago, the couple received a check for almost $3,000. The couple said they are still hopeful the rest of the bills will be covered.

For consumer questions contact getcoveredillinois.gov or call the IDOI's Office of Consumer Health Insurance at 877-527-9431.