Woman, 81, killed in crash near NW Side pizzeria ID'd; driver not charged: police 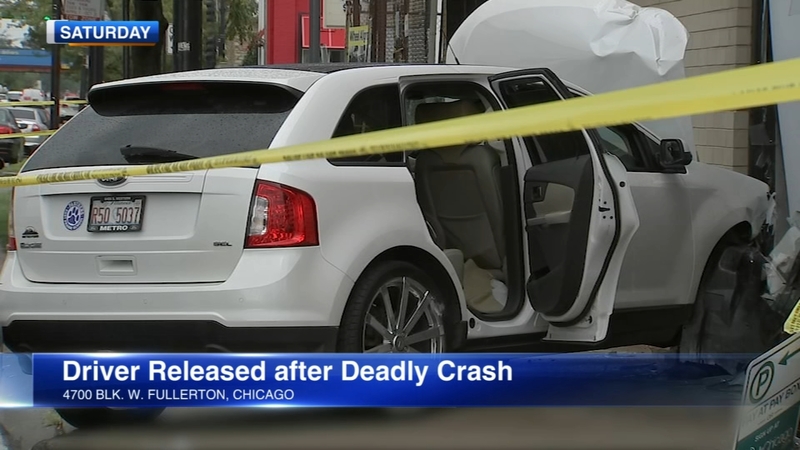 CHICAGO (WLS) -- Authorities have identified the elderly woman killed after a car crashed into a Northwest Side restaurant on Saturday, and the driver in the incident was released without charges.

Myrna Logan, 81, was one of five people that the car struck as it careened into a pizzeria in the 4700 block of West Fullerton Avenue on Saturday. Logan and three other women and a man were standing on the sidewalk and didn't have time to react, witnesses said.

Logan, an Hermosa resident, was pinned underneath the vehicle and was later pronounced dead at a hospital. A 60-year-old man and two women, ages 64 and 76, sustained leg injuries, according to Chicago police. Another woman, 82 years old, broke her leg.