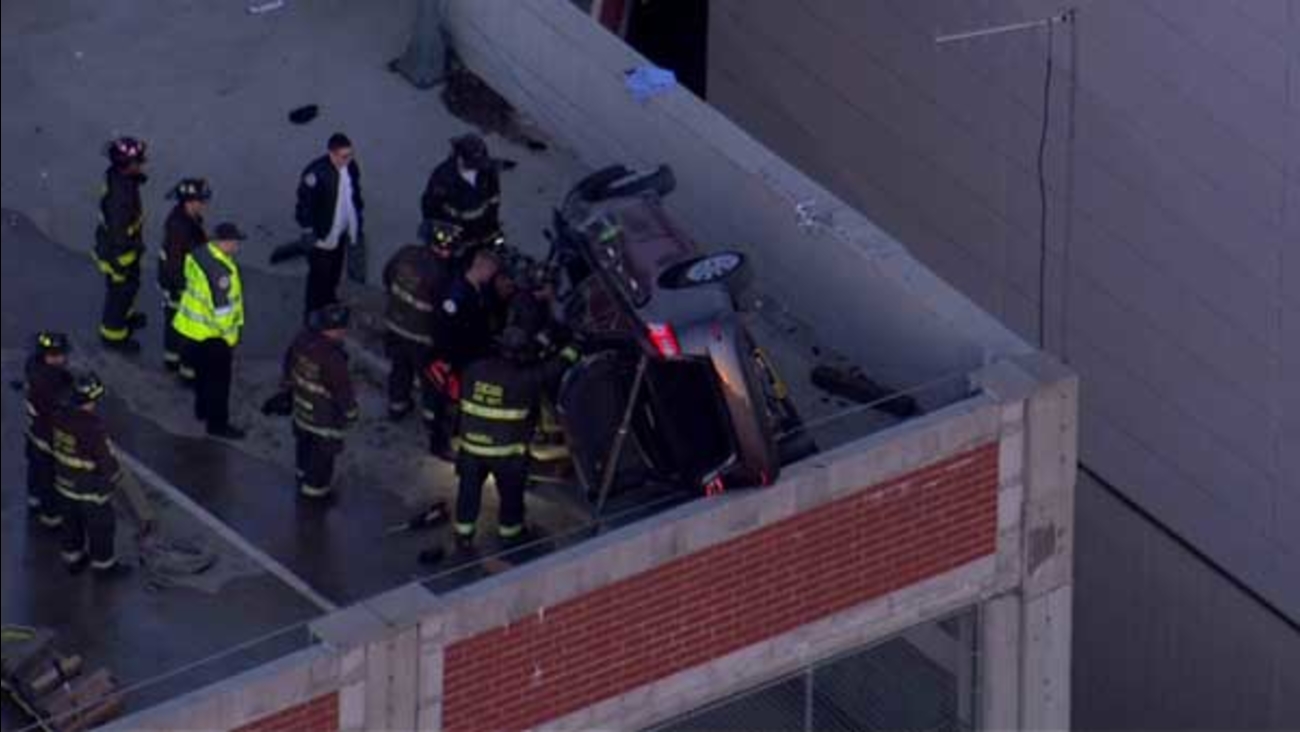 CHICAGO (WLS) -- A 50-year-old man was critically injured when his car flipped near the edge of a parking garage in Chicago's Rogers Park neighborhood.

Firefighters responded to the top deck of a four-story garage near North Rogers Avenue and North Paulina Street around 5 a.m. Tuesday. They found the car partially hanging, right next to the CTA Red Line tracks near the Howard station.

They were able to get the driver, who was reportedly pinned inside, out of the vehicle. He was taken to St. Francis Hospital in critical condition. His condition was later upgraded to stable.

Police said the man was intentionally trying to drive off the edge of the parking deck.