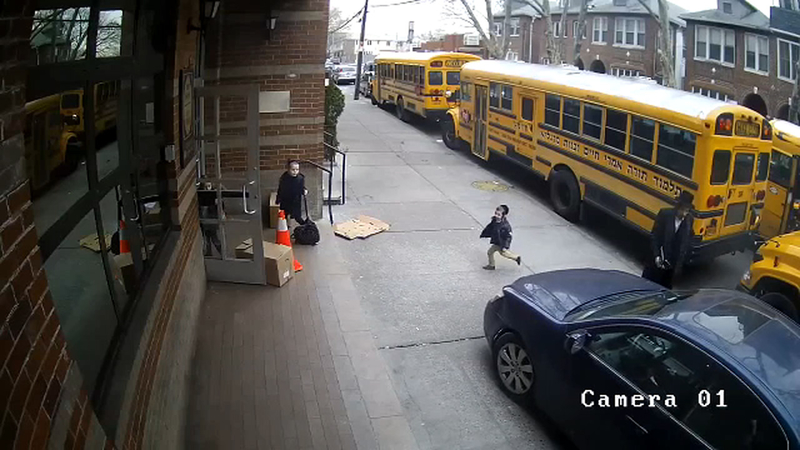 NEW YORK -- A former New York State Assemblyman from Brooklyn has released a video of a driver purportedly using the sidewalk to go around parked school buses, coming within inches of young children.

Dov Hikind said the video was recorded at the Vizhnitz Cheder on 53rd Street in Borough Park, where the buses were dropping off children.

The kids can be seen walking toward the entrance when the driver approaches and waits for several to run in front of the vehicle before speeding past them.

I'm calling on @NYPD66Pct to look into the matter and arrest the man responsible for the reckless endangerment of children's welfare. All that because he couldn't wait an extra few minutes... pic.twitter.com/pWpgwaeagz

"Such behavior is outrageous, wild, reckless, and unacceptable," said Hikind, who represented the district for 36 years.

He called on the NYPD to take action.

"The video evidence and license plate number have been forwarded to the chief of police of the 66th Precinct," he said. "The community is demanding the arrest of this sick individual who unnecessarily endangered the lives of children simply because he couldn't wait an extra few minutes behind a bus."

Hikind believes the driver lives in the neighborhood.