Pickup truck crashes through building on Northwest Side 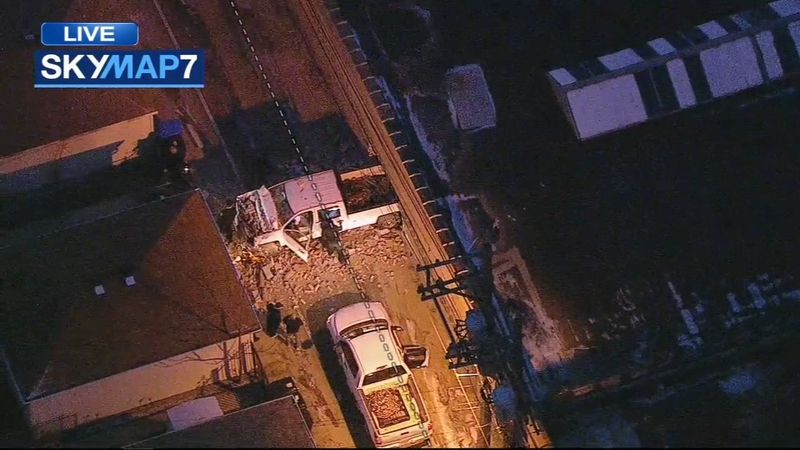 CHICAGO (WLS) -- A pickup truck crashed into a building on Chicago's Northwest Side early Wednesday morning and came out on the other side.

Police responded to a report of a vehicle into a warehouse in the 4200-block of West Belmont Avenue in the city's Kilbourn Park neighborhood before 6 a.m.

Chopper 7HD was over the scene. Debris covered the bed of the pickup and the ground around it in an alley behind the building. There appeared to be front-end damage to the truck.

The 36-year-old man who was driving the pickup told police as he turned on Belmont from North Tripp Avenue, his vision became blurry, which caused him to crash into and through the warehouse. Police said he was not hurt.

Police also said a homeless man who saw the crash went into the building to find out what happened and see if he could help. He told police while he was inside, a brick fell and hit him on the head. He was transported to Community First Hospital, where he is listed in good condition.

Belmont was down to one lane on each side as police investigated what happened. Drivers were slowing down to check out what happened, so there was a bit of a gapers' delay in the area.