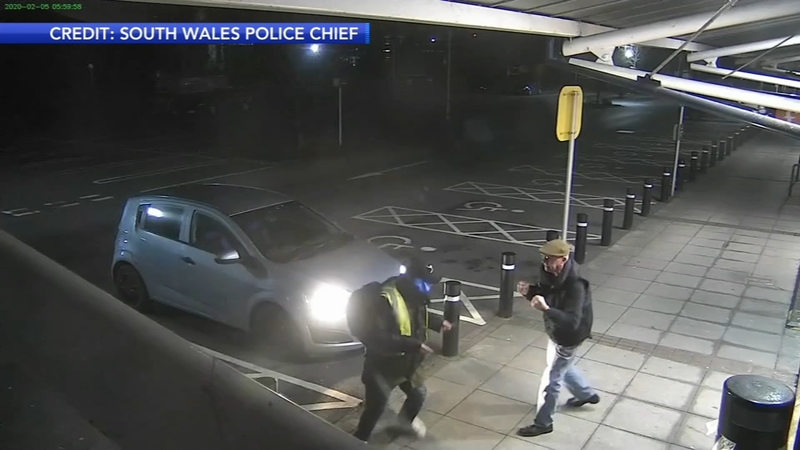 Surveillance video shows a 77-year-old man fighting off a would-be robber in the United Kingdom.

The South Wales Police released video of the February 5 incident on Tuesday.

According to police, the victim had just used an ATM outside a Sainsbury's grocery store in Cardiff when a man with a backpack approached him.

The video shows the suspect grabbing the victim, but the 77-year-old broke free and began throwing boxing jabs.

The suspect made a few more attempts to steal the money, but the senior citizen kept punching.

"The victim bravely fought off the suspect who made off empty-handed," police said in a Facebook post.

Police said 77-year-old man was left shaken. The suspect remained on the loose.