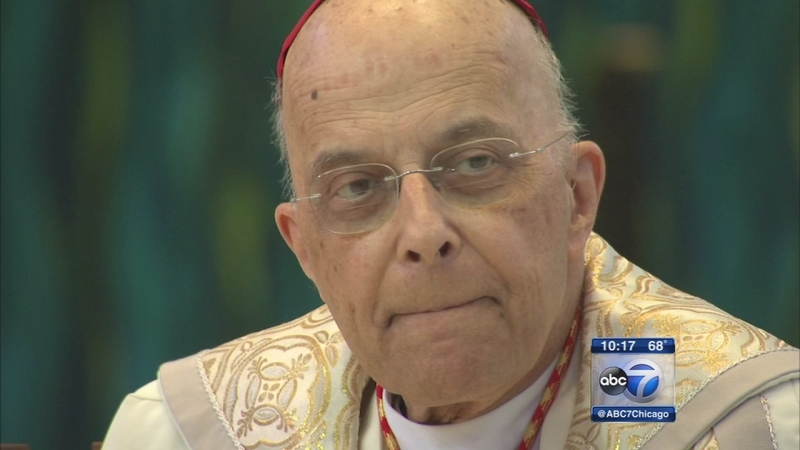 CHICAGO (WLS) -- Francis Cardinal George is planning to travel to Rome in November to meet with Pope Francis after his new experimental cancer treatment forced him to cancel a planned trip next month.

In a one-on-one interview, the leader of Chicago's Roman Catholics is opening up about his health and what he wants to tell the pope.

Francis Cardinal George said his new experimental treatment is the opposite of chemotherapy, saying it's designed to strengthen his immune system rather than weaken it.

Monday on Chicago's Far Southwest Side Cardinal George blessed a newly expanded religious retirement center, Mercy Circle, and says he's looking forward to meeting with Pope Francis for the first time since his selection as pope in March of 2013.

"Now he's got a year and a half or more as Holy Father and I would like to just sit down and say, 'How are you doing, and I'll tell you how I'm doing," said Cardinal George.

In Chicago Cardinal George has a meeting scheduled Tuesday with Colin Collette, the former music director at Holy Family Parish in northwest suburban Inverness who was fired after announcing his engagement to his male partner. Now, Collette is meeting with Cardinal George to try to get his job back.

"I thought it would be to talk first to Colin himself because it was his decision, that occasioned, that caused this crisis, so I want to hear what he has to say," said Cardinal George. "He's the one who made the decision that makes (getting his job back) impossible, so we'll have to talk about that."

The cardinal's planned November trip to Rome is actually part of a two-city European trip. First, he plans to represent Chicago in a meeting in Barcelona, joining archbishops from around the world to talk about growing the church in large cities.